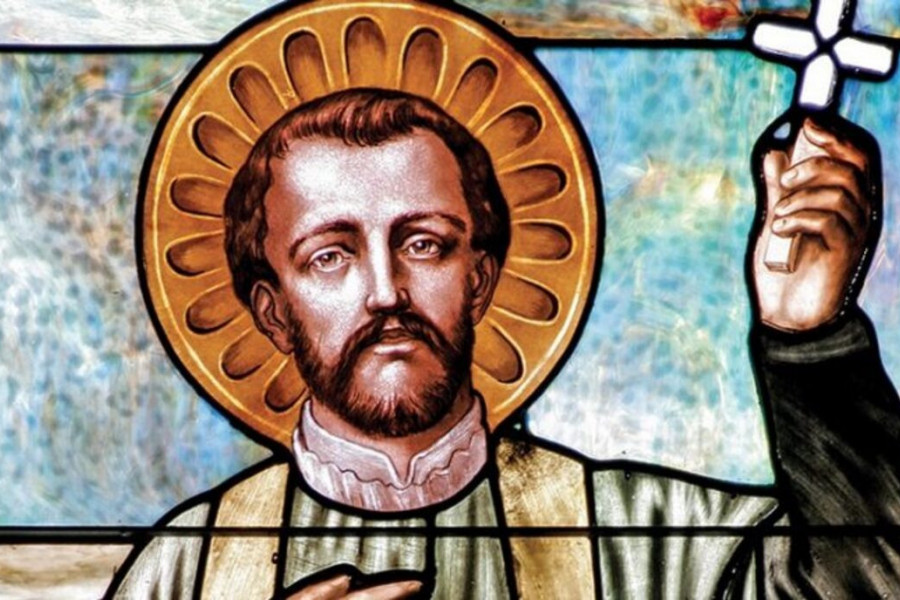 The Spanish Jesuit St. Francis Xavier (1506-1552) was a pioneer of Catholic missions in eastern Asia. Known as the Apostle of the East Indies, he has been acclaimed as one of the greatest missionaries in history.

Francis Xavier was born Francisco de Jasso y Xavier of a noble family of Basque stock on April 7, 1506. During his studies in Paris (1525-1536), he became involved in the small enthusiastic band that was organized by Ignatius of Loyola into the Society of Jesus. He and Ignatius were ordained priests in Venice in 1537. The following year Francis went to Rome, where he helped prepare the foundation of the Society of Jesus.

While in Rome, Xavier volunteered to fill a vacancy in a Portuguese delegation to eastern Asia. He spent from 1542 to 1549 in India, Ceylon, Malacca, and eastern Indonesia. In 1549 Japan became Xavier's mission field. While there he discovered that he had to change his missionary methods. No longer confronted with what he regarded as "barbarian" people, he traced the origins of Japanese culture to China, which was closed to foreigners. In a fantastic adventure Xavier tried to smuggle himself into this intriguing empire. Off the Chinese coast he died, with the promised land in sight, on March 19, 1552.

Xavier was a pathfinder who improvised missionary methods in the changing contexts of his life. In Goa, the Portuguese stronghold and capital of the East, he fought the scandalous vulgarity of colonial Christendom. In a second phase, working among lower-caste fishermen who accepted baptism to escape Moslem oppression, he devised Christian instruction for illiterates, focusing on children who taught their parents the message of the Gospel, preferably in songs. He baptized whole villages "until his hands gave up," leaving a summary of the faith and a government-protected catechist whenever he decided to move to regions beyond. His missionary methods remained basically the same during his apostolate in southeastern Asia.

After his adventurous journey to Japan, however, Xavier found himself in a new situation. He became engaged in dialogues with competent and self-confident partners and realized that a different approach was called for. He left this task to his successors, who before the end of the 16th century baptized almost 1 percent of the total population and inaugurated the "Christian century in Japan." Xavier went on to attempt his visit to China, which was the most important cultural influence on eastern Asia. His missionary voyage ended in an unfulfilled dream.

With the wisdom of hindsight, many people have criticized the superficiality of his methods. More important, however, many following generations have caught his vision of amplius ("further"). Xavier's commitment to the speedy dissemination of the Gospel has led many to call him a "St. Paul in modern style" who made the Society of Jesus into a missionary order. In 1622 he was canonized, and Pope Pius XI declared him (with St. Thérèse of Lisieux) the patron saint of all missions.