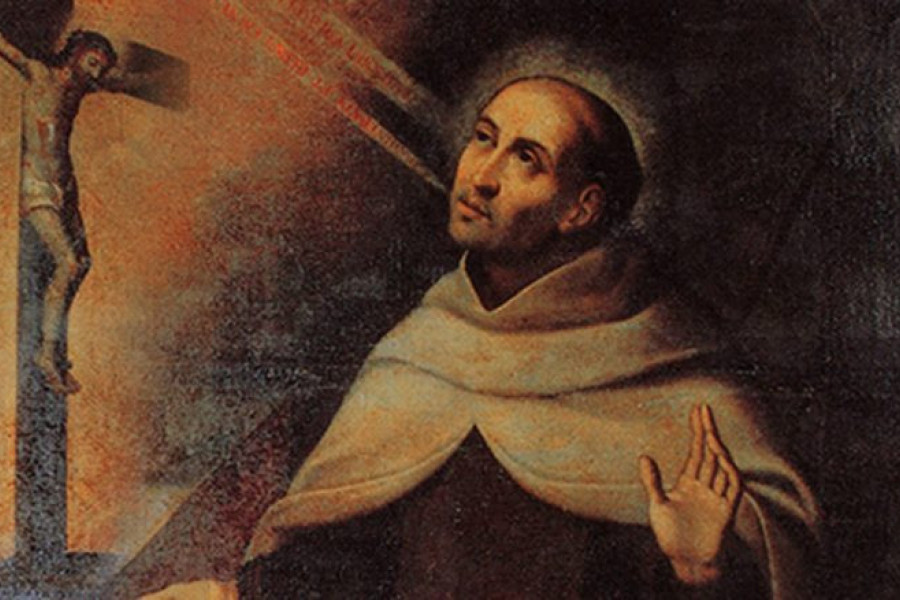 St. John of the Cross

John became a Carmelite monk at Medina del Campo, Spain, in 1563 and was ordained priest in 1567. St. Teresa of Ávila, the celebrated mystic, enlisted his help (1568) in her restoration of Carmelite life to its original observance of austerity. A year later, at Duruelo, he opened the first Discalced Carmelite monastery. Reform, however, caused friction within the order and led to his imprisonment, first in 1576 and again in 1577 at Toledo, where he wrote some of his finest poetry. Escaping in August 1578, he later won high office in the order, becoming vicar provincial of Andalusia from 1585 to 1587. Near the end of his life, the Discalced Carmelites were again troubled by dissension, and he withdrew to absolute solitude.

John schematized the steps of mystical ascent—a self-communion that in quietude leads the individual from the inharmonious distractions of the world to the sublime peace of reunion between the soul and God. John’s schematization combines a poetic sensitivity for the nuances of mystical experience with a theological and philosophical precision guided by his study of St. Thomas Aquinas. By virtue of his intense poems—“Cántico espiritual” (“The Spiritual Canticle”), “Noche oscura del alma” (“The Dark Night of the Soul”), and “Llama de amor viva” (“The Living Flame of Love”)—he achieves preeminence in Spanish mystical literature, expressing the experience of the mystical union between the soul and Christ.

In “Noche oscura,” perhaps his best-known work, he describes the process by which the soul sheds its attachment to everything and eventually passes through a personal experience of Christ’s Crucifixion to his glory. The lyric consists of eight stanzas “in which the soul sings of the fortunate adventure that it had in passing through the dark night of faith…to union with the Beloved.”

Though John reaches peaks of lyricism, he also presents the reader with considerable difficulties because his approach is rigorously intellectual. The same word may recur twice within four lines of a poem with a different symbolism on each occasion.

He was canonized and declared doctor of the church by Pope Benedict XIII in 1726.