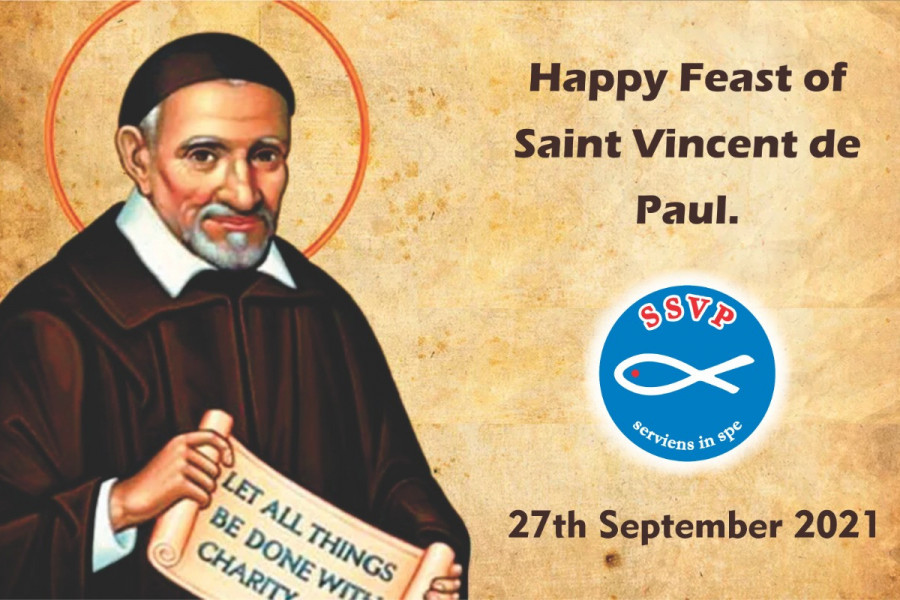 Vincent de Paul was born into a peasant family on April 24, 1581, in the village of Pouy in southwestern France. He studied theology at the University of Toulouse, was ordained a priest at 19, and completed his theological studies 4 years later. Using his status as a priest to escape the dull village life of southern France, Vincent went to Paris in 1608. He wrote a curious letter to some friends at this time, telling in detail how he had been captured by Barbary pirates and taken as a slave to Tunisia. This story is not supported by any other evidence, and Vincent never referred to it later in his life.

In Paris, Vincent came under the influence of a wise spiritual guide who gradually caused him to see that helping others was more important than helping himself. For a few years he worked as a parish priest in Clichy near Paris. In 1613 he tutored the children of the general of the French galleys and in 1617 became chaplain to the galley slaves. He was concerned for all the peasants on the general's properties because of the terrible conditions in which they lived. By 1625 he had influenced a number of young men, some of them priests, to join him in forming a religious group to be called the Congregation of the Mission. Vincent and his friends worked with the poor people of the countryside near Paris, helping them obtain food and clothing and teaching them about Christ.

Vincent formed associations of wealthy lay people in Paris, persuading them to dedicate some of their time and money to helping the poor. He started several hospitals, including one in Marseilles for convicts sentenced to the galleys. Several times he was asked to act as a mediator in the wars of religion that were tearing France apart. With Louise de Marillac, a talented and sensitive friend, he started the first religious group of women dedicated entirely to works of charity outside the cloister, a group called the Daughters of Charity.

Vincent was a man of action rather than of theory. The religious spirit he communicated was simple, practical and straightforward. He looked to Christ as his leader and tried to translate the Gospel message into concrete results. He died on Sept. 27, 1660, and was canonized a saint in the Roman Catholic Church in 1737. The religious groups he founded continue to carry on his work.