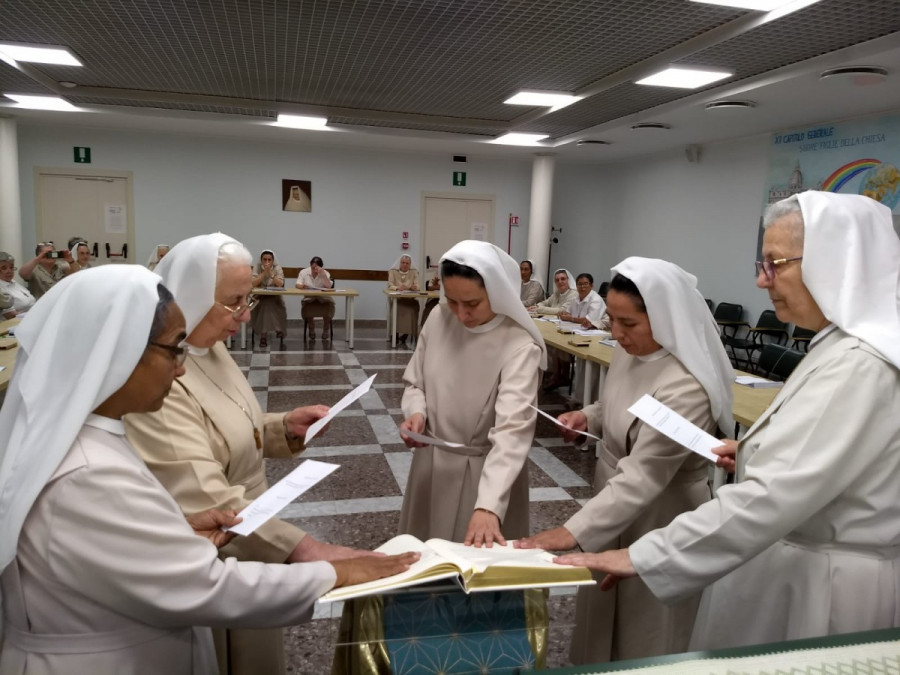 The celebration of the Second Vespers on the solemnity of the Holy Trinity set the tone for the grand opening of the XII General Chapter.

The solemn vespers, which were also attended by sisters from other communities, continued with the invocation of the Spirit, listening to the Word, the enthronement of the Evangeliarium in the Chapter hall, in which the Chapter members entered in procession accompanied by the hymn: Veni Creator Spiritus.

After the proclamation of the gospel according to St. John 17, 20-26 by Sr. Theresa, the Superior General that made us to re-live the spirit of the priestly prayer from which our Institute has drawn its inspiration and life, the Superior General began her introductory address extending a cordial welcome to every Chapter member.

She in her introduction underlined the significance of the General Chapter quoting the expression of Card. Pironio: "A chapter is always an Easter celebration. It must be lived in an essential context of Easter, as Easter entails cross and hope, death and resurrection. ... The Chapter is the bearer of a great Easter novelty - a new creation in the Spirit - and a firm and committed hope ".

Sr. Theresa continued to underline the importance of the three verbs for the celebration of the General Chapter that we find in the Evangelii Gaudium n. 51: Recognize, Interpret, Choose.

Recognize the good done and humbly admit the mistakes made.

Interpret the signs of the times.

Choose new paths to go ahead with hope and confidence.

Concluding her opening address with the prayer to the Holy Spirit from the Homily of Pope Francis on Pentecost 2019 She declared the XII General Chapter of the Daughters of the Church open.

After the fraternal meal, the chapter members elected the two scrutineers, the secretary and the moderator of the Chapter.

Tomorrow, June, 17,  will be a day of recollection and prayer. 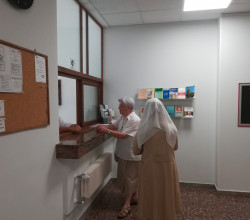 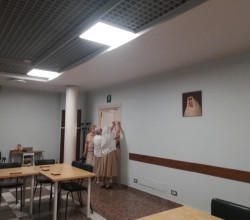 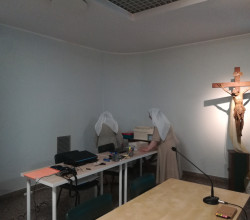 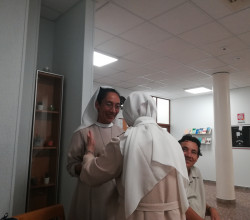 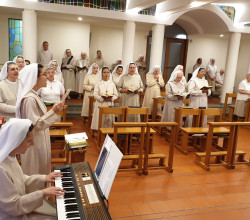 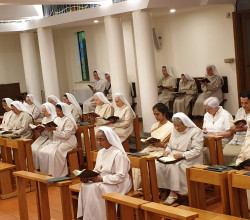 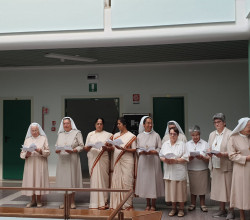 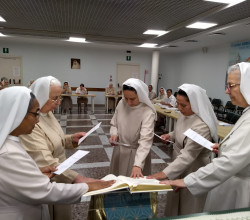