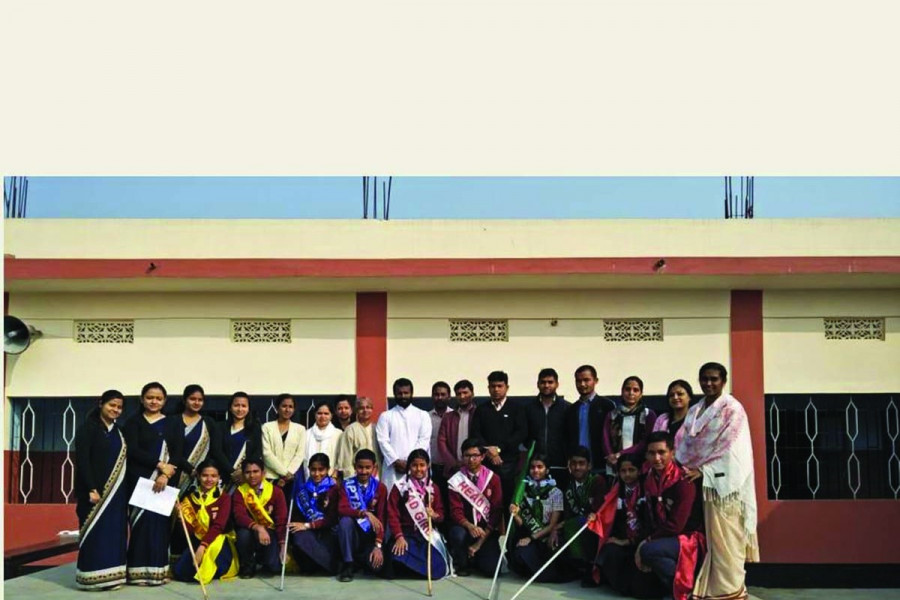 On 30th of January St. Mary’s School Baradi witnessed the Installation Ceremony” of new Class prefects, General Commander, Asst. Commander, House captain and Vice-captains. The ceremony began with the introduction given by Miss Jahnavi. She called upon the stage the class prefects accompanied by their class teachers. The principal Fr. Raymon gave them the scarf as a sign of their leadership. They took an oath that they will fairly and impartially fulfill the responsibilities of a Prefect of the class. There after the General Commander, Asst. Commander, House captain and Vice-captains were called up on the stage according to their group and the flags, sashes and medals were given. Then the Headmistress thanked the former leaders for their hard work to maintain the discipline in the classes and helping the class teachers for the right functioning of the respective classes. With a short prayer the Principal Fr. Raymon invoked God’s choicest blessings on our leaders and all of us gathered and cheered the new team with a short speech.