Sancta Maria is the general house and therefore the heart of the Congregation, the place where all the Daughters of the Church refer, where they come to breathe the life of the family and from where they leave for every part of the world to our communities.

As, by the wish of the Foundress Maria Oliva Bonaldo, all the houses of the Institute are dedicated to Our Lady, according to the Laurean litanies and other Marian titles present in the various nations, the first litany was given to the General House: Sancta Maria.

The building of the General House faces the Vatican gardens and the great Michelangelo walls that protect them. Those arriving are immediately struck by the candor of the building and by the three slender arches of the church's portico, dedicated to Sancta Maria Mater Ecclesiae. Inaugurated on June 20, 1952, it was the first house with this title in the capital, Rome, anticipating twelve years of the official recognition when on November 21, 1964 gave to this Marian Title.

The interior of Sancta Maria Mater Ecclesiae consists of a single hall with two side corridors and contains a symbology created personally by the Foundress, who, inspired by the Gospel of John and the liturgy, reveals and hides at the same time the Mystery of Christ and of the Church. The accomplishment of the work was entrusted in 1950 to Toni Benetton, a world-renowned artist in the processing of wrought iron.

Since 1977, a year after her death, her mortal remains were brought back to Sancta Maria, where she rests awaiting the Resurrection.

In the General House lives the Superior General with her Council, who are responsible for animating and directing the entire religious family, coordinating the works of the various houses and Delegations. There are also the general offices concerning the various services like the Postulation of the Causes of Canonization of the Venerable Mother Maria Oliva of the Mystical Body, of Sister Olga Gugelmo of the Mother of God and of the Servant of God Sister Magdalene Volpato of Santa Teresa of the Child Jesus.

The general house is also home to the Institute's publishing house, which publishes the Ecclesia Mater Magazine, the Dailies of the Church Bulletin and other press concerning the Magisterium or any other formative programme.

Under the pastoral aspect, the community of Sancta Maria is present with joy in the Parish of Santa Maria delle Grazie at the Triumphal; collaborates for the animation of some celebrations, for the formation of the laity, with the lectio divina and the ministry of communion for the sick. 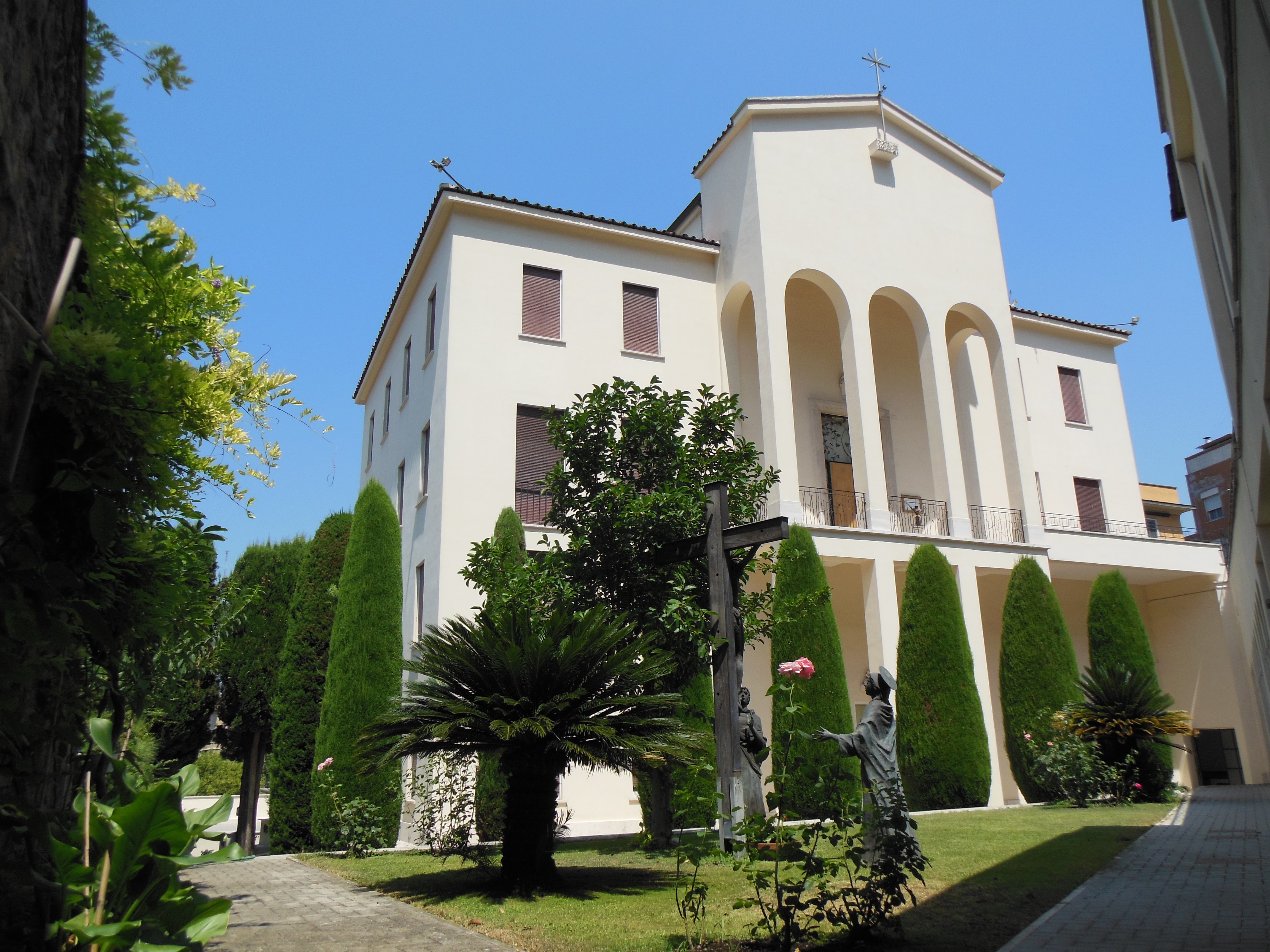