With the Marian invocation of Regina Virginum, the house was inaugurated on April 11, 1964, on the twenty-first anniversary of the birth of Olga Gugelmo, now Venerable, one of the first Daughters of the Church.

The main mission of the house from the beginning was that of the formation of young people who aspire to religious life, together with pastoral collaboration in the parishes. With the passing of time some Sisters have also engaged in teaching in various schools, in and around the city.

The first Italian Sisters generously spent their time on this project and managed to inculturate themselves very well, giving a solid foundation to the daughters of the Church in Colombia. On foot or on horseback they traveled great distances to meet people and announce the Good News to them; they went to the countryside to form catechists and their apostolic fervor and family style awakened the vocational search in many young people.

Little by little the community was seen surrounded by the children who were preparing for the first encounter with Jesus in the Eucharist; the community was committed to listening, consoling and assisting many people, helping the parish priests to know the material and spiritual needs of the faithful entrusted to their care. With the evangelizing missions in various places and family visits the flame of faith and love in families was kept alive, making known the Word of God and helping to enjoy the liturgy with adequate formation.

From 15 November 1989 the house became the seat of the Delegation for the Communities of Colombia and Argentina, and currently of Colombia-Ecuador.

In 2003 it was necessary the restoration and expansion of the house, so the mission of the Community has expanded to the reception of various apostolic groups from the region, from other places in the country and from abroad; its ambienceis open for Sisters' intercommunity meetings, for spiritual retreats, for cultural meetings that foster human, Christian, and political formation.

The Sisters also continue their apostolic presence in various areas, especially the pastoral care of vocations, the coordination of Catechesis in the Archdiocese, the formation of lay people, both catechists and religious teachers, the direction of pastoral care in the Archdiocese and the service to the needyknocking on our door.

They also carry forward the solidarity project, which has three areas: afterschool and snack-dinner for a group of girls from marginalized areas of the city; Distance adoptions of over 100 boys and girls, followed in the various places where we are present with the communities; Manitas creativas, based in Bucaramanga, to provide training for the integral development of girls at risk. 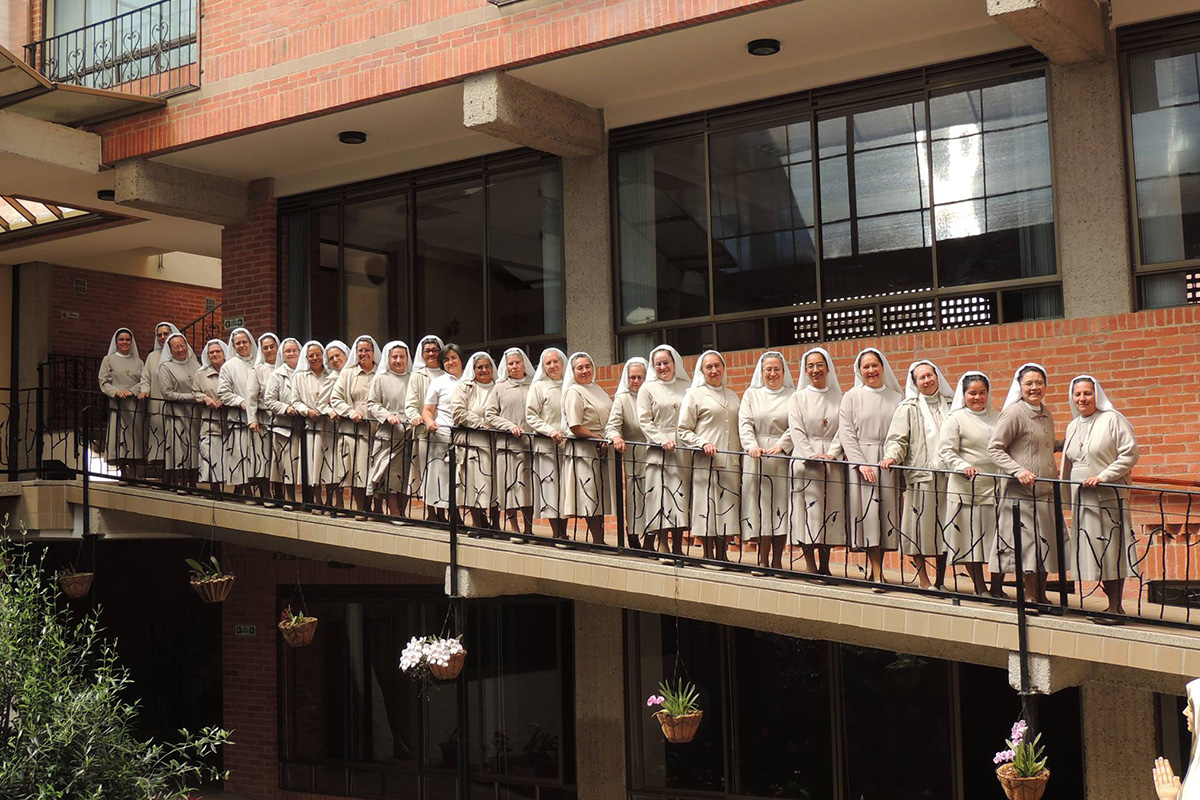