The novitiate in Colombian soil began in 1987 in Marinilla; in 1989 it was transferred to "Reina Inmaculada" in the center of Bogotá and finally in September 1992 it was moved to Engativá, where we currently live. The area in which we are, Engativá, is located in a suburban area of Bogotá, near the international airport, and constitutes the X District; since 2003 Diocese has also been established, to promote the pastoral care of the population. Our parish is dedicated to San Lorenzo deacon and martyr, and we Sisters together with the Novices are involved in the parish apostolate, which is an integral part of formation.

In February 2006, the experience of the Latin American Novitiate began, with novices from Bolivia and Brazil, as well as from Colombia. Sisters from their countries of origin and also from Spain collaborated in the formation of Novices. In 2007-2008 it was necessary to expand the living space and the chapel, in order to have larger space for formation. The house has thus become a point of reference for the Delegation, because it has the possibility to welcome the Sisters in transit and also to offer assistance to those who need special care for their health.

More than once the meetings of the Superiors and Formators were held here and special days were also organized for young people in vocational research. Cultural exchange, collaboration and mutual support between Delegations in this area of delicate formative mission have been very enriching experience in recent years; the awareness of the universality and of the missionary dimension of our charism is grown and consequently the possibility of incarnating it in the different cultural environments of our Latin American continent. 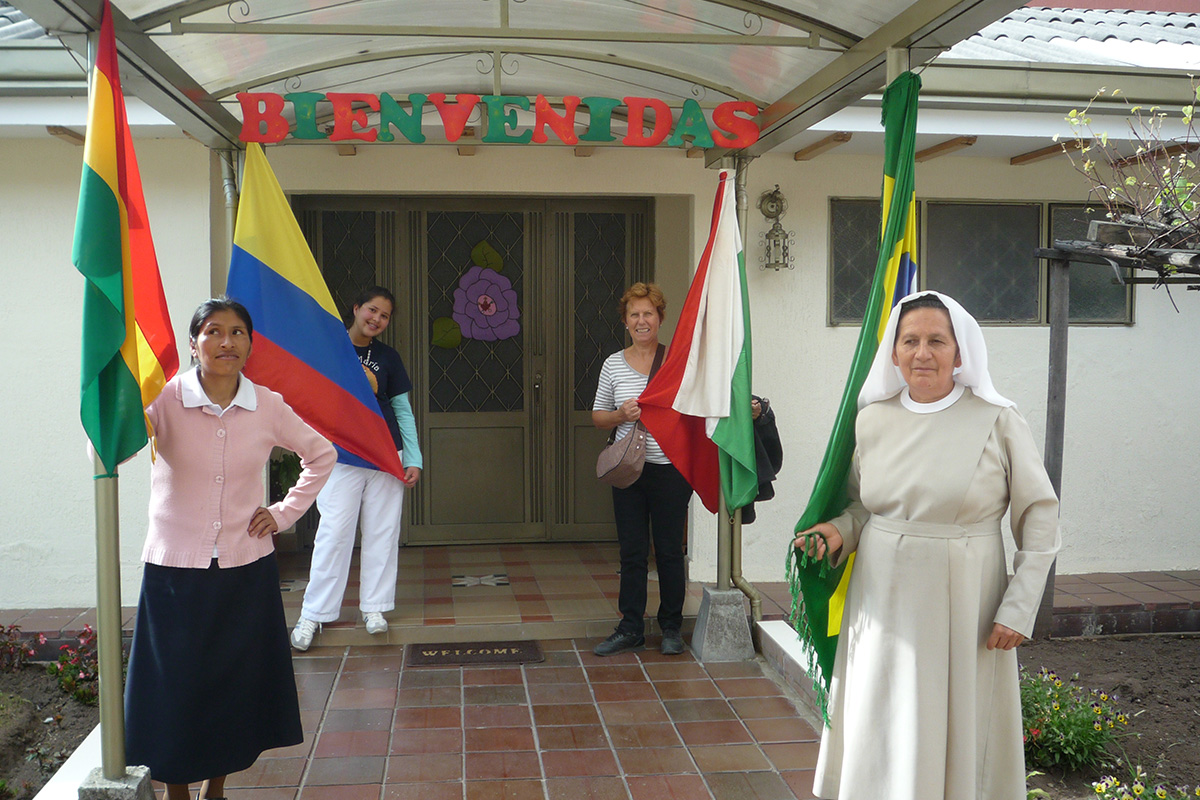