The Sancta dei Genetrix house was opened on April 8, 1939, on a Palm Sunday, when the Bishop of Treviso, Monsignor Antonio Mantiero, handed over to the Mother Foundress Maria Oliva, at the beginning of the Institute, the keys of the house next to the church of St. Stephen.

This was our first house that became the home for the first eight Sisters, Daughters of the Church, for this and for the style of evangelical poverty lived at the beginning; the house was named as the "Bethlehem" of the Institute by the Foundress.

In 1950 the church of St. Stephen became the Eucharistic Center with daily Eucharistic adoration, with liturgical animation and in the catechesis in the parish of St.Nicolò, of which St. Stephan, is the substation even to this day.

They also offered courses of Gregorian Chant and liturgical formation to the Sisters and young people of the diocese. They welcomed the poor, as numerous as today, offering them a hot dish at noon. For many years a Sister collaborated with the diocesan newspaper La Vita del Popolo, at the liturgical office, migrant office, and at the USMI for the religious.

Today the Community continues to animate the Eucharistic adoration which ends with the evening Eucharistic celebration. Celebrates Lauds and Vespers with the laity present and is dedicated to listening to the approaching people asking for prayers and moral support.

Since 1998 we have been working on the apostolate with the immigrants, in collaboration with the Pastoral Migrations office, spiritually accompanying the various ethnic groups present in the territory. As they feel St. Stephen as their church, a monthly Holy Mass is celebrated in their own language.

In addition, in collaboration with the diocesan Caritas we provide a shopping bag for all those who ask for help and we offer a daily basket to a dozen and more of the poor who knock on our door.

We care with love the memory of our Venerable Foundress and in particular of the Servant of God Magdalene Volpato who offered her life for the unity of the Church, in whose native place, St. Albert of Zero Branco, her mortal remains are preserved. 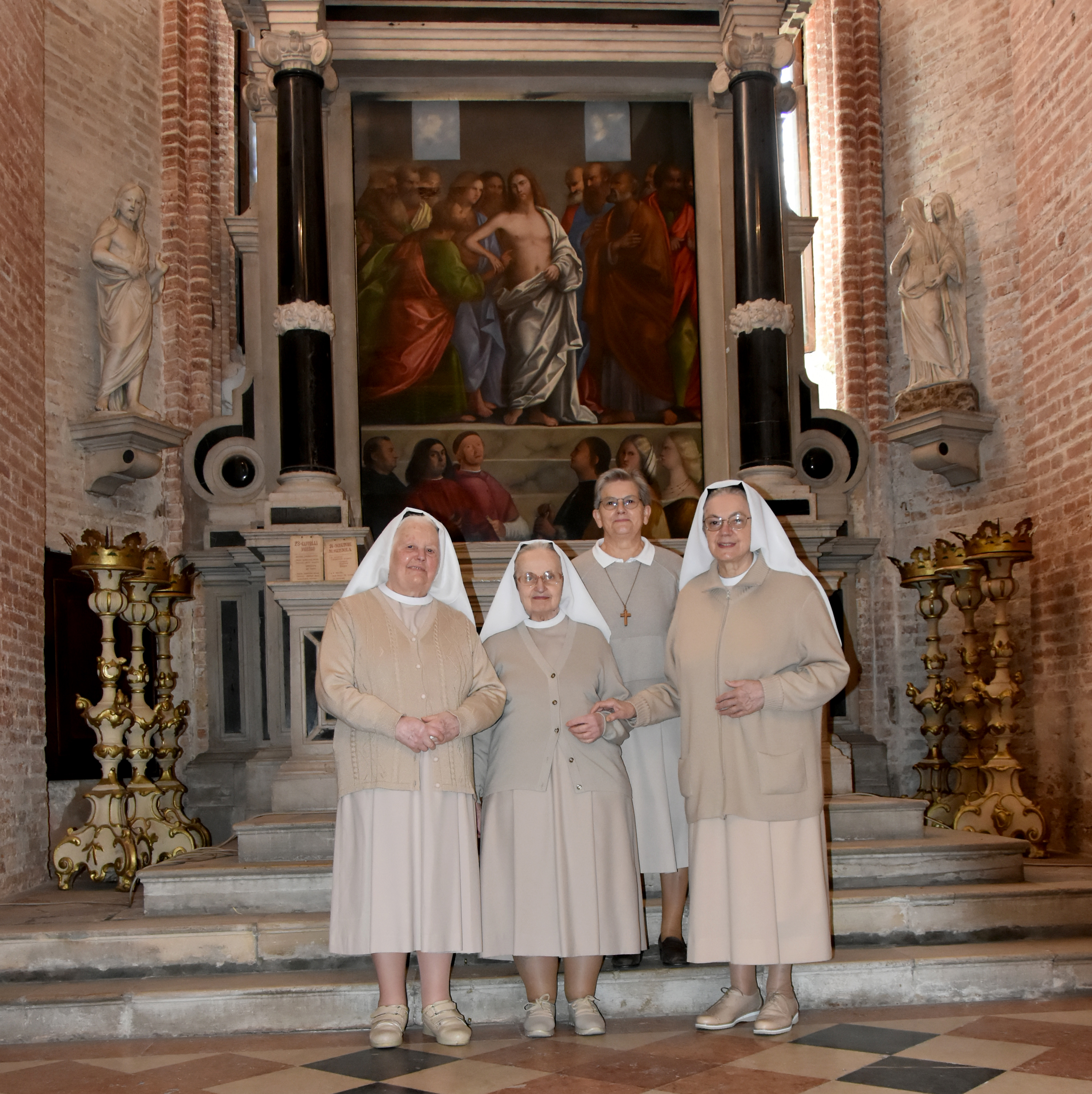