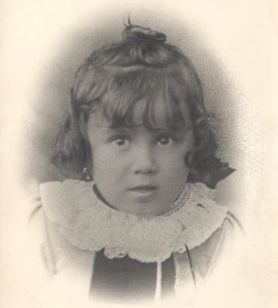 Maria Oliva, the fourth of nine children, was born on 26 March 1893, in Castelfranco, Veneto (Treviso, Italy). Her birth coincided with the Palm Sunday that year, and the day before was the feast of Annunciation. Hence she was given the name Maria Oliva in remembrance of these two celebrations.

Her parents were Giuseppe Antonio Bonaldo and Italica Dionisia Bianco (known as Gioconda). At the time of her birth, they were owners of a hotel, which was located below an arcade in the historical centre of the town. On 1 December 1893, they moved to a place known as “Bassano del Grappa” where they bought a restaurant called the “Stella d’Oro” (the Golden Star). Maria Oliva lived a happy period of infancy and during these years of her childhood, her mother instilled in her the love for the Eucharist, for the Blessed Mother and for the poor. Sadly, her mother died in 1904 while giving birth to the ninth child who also did not survive. With these painful losses, joy and happiness disappeared from Maria Oliva’s life, leaving an indelible mark on her adolescence.In the same year, she began to attend a private school run by the Canossian Sisters in Treviso and continued her Technical School education until the age of fourteen, followed by further studies in Venice from where she obtained in 1910 the Diploma in Education. 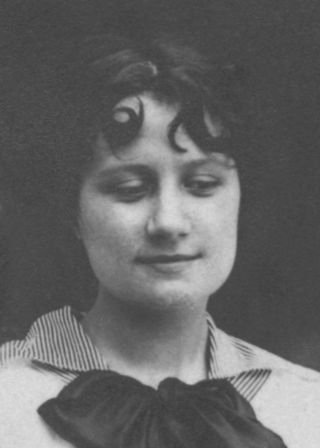 As a young teacher Maria Oliva was first assigned to the elementary School in Castello di Godego (TV) and subsequently to other Schools located in the nearby places. Being an intelligent, educated, creative teacher, she dedicated herself to the pupils with exceptional pedagogical ability. Attentive and tender-hearted, she used to give away her salary to the poor whom she called “Jesus”. In 1911, she was transferred to Castelfranco where she was courted by an young Venetian painter whom she intended to marry and have a family. With an unexpected event, God broke through her life and transformed her completely. On 22 May 1913, for the feast of Corpus Domini, Maria Oliva decided to take part in the Eucharistic procession. She describes this event in the following words: “I was twenty years old when, on the occasion of the feast of Corpus Domini, I felt inspired to take part in the Eucharistic Procession, but at the thought of facing the derision of some people, my ego resisted to go along… In fact, only a few persons were participating in the procession and they were considered as religious fanatics… Finally, we reached the Georgian Square (Castelfranco). There the Lord was waiting for me to pay me like a Lord. When the Priest raised the Sacred Host to give the Benediction, I sensed something very special: I understood Jesus. I had a very clear insight into the Mystical Body; I felt changed, I felt like being in heaven… The things of this world, all that did not belong to God, seemed vain and empty. I returned home a different person. Before taking off the veil I wore, I wrote in my diary that I was going to be a nun.”

Converted to Love and with an overflowing joy, she immediately abandoned her plans for marriage. She was captivated by the ideal of consecrating herself to God and by the inspired intuition of founding a new Religious Family, dedicated entirely to the service of the Church. Maria Oliva, however, was not understood by her spiritual director who told her that he did not see her as the true instrument capable of realizing such a Project. On hearing this response, she continued with her teaching job, sacrificing her own will in heroic obedience.

During the First World War, while a refugee with her family in Portiolo (Mantova), she dedicated her time to an attentive reading and study of the Sacred Scripture. This opened her heart to an ever-growing love and care for others. While in Portiolo, she did parish apostolate for the first time and dedicated herself to an intense evangelization of the youth. 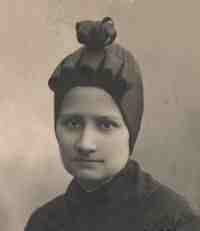 In October 1920, at the age of 27, Maria Oliva joined, in obedience to her spiritual director, the convent of the Canossian Congregation called “Daughters of Charity”, at Treviso. There, on 7 September 1923, she made her First Profession and on 24 October 1928 the Perpetual Profession. From 1924 to 1928 she attended the Higher Institute of Education at the Sacred Heart University of Milan from where, in 1930, she obtained the degree in Arts and Philosophy, with her thesis entitled “La Vergine nell’Umanesimo” (The Virgin in Humanism).

Later Maria Oliva became Principal of the Teachers Training Institute of the Canossians where she fulfilled her educational mission with great commitment and creativity. She drew up an “educational plan” and produced various writings, poetry, oratories and representations for different festal and other occasions in the school and in her religious community.

Daughter of the Church

Maria Oliva lived her religious life in the Canossian community despite her poor health further weakened by tuberculosis. Yet, her continuous inner call to start a new Religious Family remained alive and strong.

She confided her inspirations to her Superiors, and after a long period of waiting, praying and hoping, she was authorized to write down what she experienced in her heart. Thus in 1934 she wrote the 33 Foglietti (33 Pages) in which she delineated the spiritual journey of the future Daughters of the Church. Having gone through many painful moments, Maria Oliva encountered the Patriarch of Venice, Cardinal Piazza, who understood her inspirations and did his best to persuade the Superior General of the Canossian Sisters to allow her to go ahead with her project ad experimentum. Thus Maria Oliva, together with four young women, began the Congregation of the Daughters of the Church on the Feast of the Sacred Heart, 24 June 1938, in the premises of the Canossian Sisters’ Generalate in Rome. 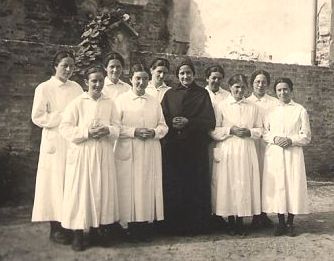 The Holy See granted Mother Maria Oliva the permission to stay with her Daughters and give them formation. During the following years, in spite of various restrictions as to any new foundation and the difficulties created by the Second World War, the new Religious Family spread to different places. On 11 April 1943, Sr. Olga Gugelmo (now Venerable), one of the first four, passed away. She was the one to whom Mother Maria Oliva had hoped to entrust the Institute’s direction, since she could not take care of it herself because of the vow she had taken to remain a Canossian Sister forever.

Cardinal Piazza personally asked Pope Pius XII that Maria Oliva be released from the vow to be a Canossian forever. He then granted the Diocesan Approval to the Daughters of the Church on 21 April 1946. For the explicit desire of the Pope, Mother Maria Oliva passed to the Congregation she founded and made her perpetual Profession on 2 August 1946, thus becoming the Superior General of the Daughters of the Church. The Institute was recognized as of Pontifical Right on 21 December 1949, and received the final approval of the Constitutions in 1957. The years that followed are marked by significant growth in the Institute in number, territory and apostolic life. 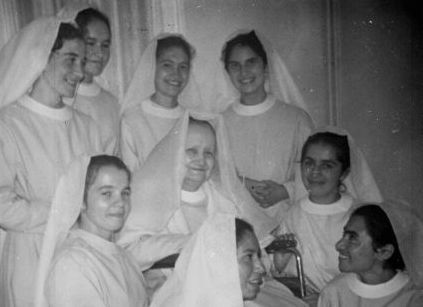 The post Vatican Council II found Mother Maria Oliva paying greater attention to the new way of being the Church. The significant Constitutions of the Council: Sacrosanctum Concilium (The Liturgy), Lumen Gentium (The Church), Dei Verbum (The Word of God) and Gaudium et Spes (The Church in the Modern World), filled her heart with much joy because she found in them an affirmation and a clarification of her own charismatic intuitions. In the two periodicals published by the Daughters of the Church entitled ”Ecclesia Mater” and “Mater Ecclesia” she made these documents available so that the Church’s Mystery be known to everybody. Besides this, she was doing her best to promote and support the collaboration with lay people who, she felt, were invested with a particular ecclesial mission.

This was also the time when Mother Maria Oliva accepted the exhortation of the Church to reach out to countries beyond the European continent. She sent her Daughters among the poorest and the neediest in the countries like Bolivia, Brazil, Colombia, Argentina, North America and India. Mother Maria Oliva of the Mystical Body passed away on 10 July 1976. On 17 June 1987, Cardinal Poletti opened the “Initial Process” in Rome for her beatification. Cardinal Ruini concluded this process on 15 September 1992. Having recognized her heroic virtues, Pope Francis declared her as Venerable on 9 December 2013. Her body now rests in the tomb, adjacent to the altar in the Chapel of the Daughters of the Church’s Generalate in Rome. 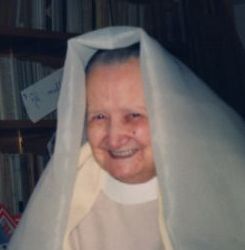 The thought of Maria Oliva surrounds us with a sense of mystery that leaves us attracted and dazzled without words, as if we were in the presence of a luminous beauty.

She is a woman who was completely immersed in God. Her eyes were truly contemplating a world beyond. She was a woman of our time who, looking at the Church, knew how to unite the antinomies: greatness and littleness, strength and delicacy, hiddeness and splendour, contemplation and action.Mother Maria Oliva reached the peak of a journey of faith that may be indicated as path not only to her Daughters but also to every lay person. In 1977, Igino Giordani wrote to the Daughters of the Church: “I never cease to thank God for giving me the privilege of meeting in the midst of my political life, a holy woman who reminded me of the values of the spirit. She helped me to live an ecclesial life”.Maria Oliva is a person called by Love to live in Love and to communicate Love. To the inspiring light received during the Corpus Domini procession, her response was total and creative, loving and suffering for all humankind so that that all may become the Church.

Promulgation of the Decree of Venerability

Writings of the Foundress