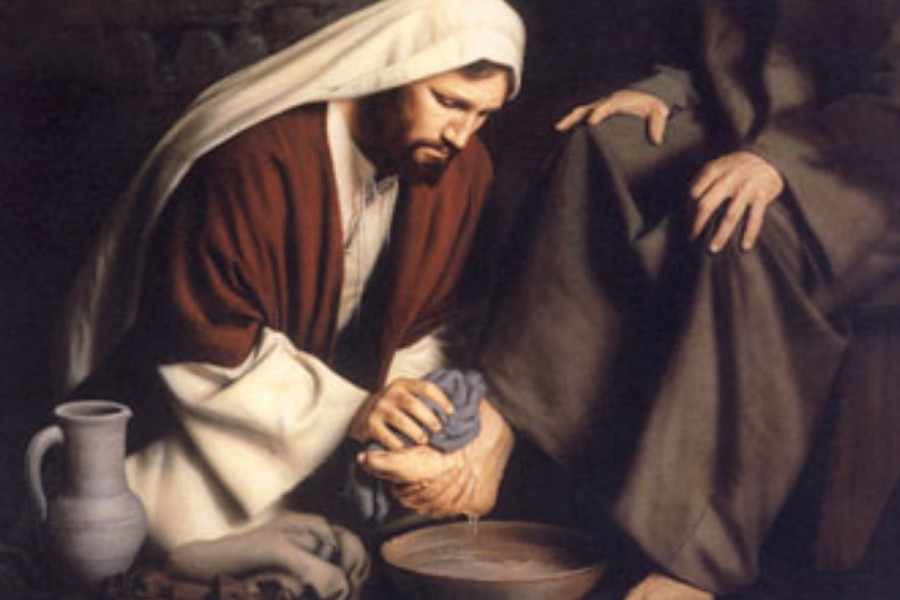 Last Sunday, the liturgy made us meditate on our attachment to riches and even just to earthly things that keep us from putting Christ at the centre of our lives.

In the first reading, the prophet Isaiah reminds us of a particularly evocative prophetic oracle, read by the Christian tradition to understand the mystery of the death and resurrection of Christ, Saviour of the world.

With the refrain from Psalm 33 "Give us, O Lord, your love: in you, we hope" the psalmist wants to remind us that only those who hope in the Lord will be saved, and will not fear death.

The second reading, from the letter to the Hebrews, outlines the correct approach to seek God and go to him: to move in trust in him, not in the boastfulness of one's own record.

On the way up to Jerusalem, the evangelist Mark recounts on these Sundays, there are moments that leave the disciples walking with Jesus and also us who try to follow the Master step by step in dismay. The themes dealt with in the teaching are not among the simplest and easiest to understand, even less so if for the third time events concerning the Son of Man in the holy city are foretold: he will be handed over to the leaders, they will condemn him to death, they will mock him, they will spit on him, they will scourge him, they will kill him (cf. Mk 10:33-34). Verbs that recall the fate of the Servant of the Lord in the Songs of Isaiah, the last of which the liturgy presents to us today in part (cf. Is 53; 2.3.10-11).

In this context is inserted the singular and sympathetic scene of the two disciples, brothers, fishermen, among the first who immediately left everything to follow Jesus. It seems as if James and John had not heard all those verbs when they approach the Master with an almost naïve request, projected into their future: to sit at the right and left in the glory of the Lord. They are convinced that they can do it - because they are already close to Him, because they are faithful to Him, because they can drink the cup that He drinks, even if it will be bitter. A request that arouses indignation among the companions, perhaps because they too are convinced that they are worthy of the prestigious posts, now and in the future. Then Jesus, again, as at the beginning, called them to himself and patiently clarified once again what it means to be great and to be small. Whether near the throne or in the last place, the Son of Man and each of his disciples is and remains the one who serves!

Jesus reacts strongly to the threat that once again hangs over his community because of the unbridled ambition to have the first place, to conquer power. His lesson is very severe, almost solemn. In return, he proposes a new social economy: that of a community without power whose only rule is to serve, to the point of offering one's life for the brothers, drinking the chalice to the last drop. And for all its members, because all are brothers and sisters. The image of the leader who commands is opposed to that of the leader who serves. And paradoxically, leaders have only one task: to serve. Its prototype is the Messiah, who has become rather the Son of Man, slave of all slaves, for whose ransom he offers what he possesses and what he is: everything. He has just formulated his community project, his "constitutional" charter, to which all participants must adhere: each one is a servant of all.

This is a good rule for all of us Christians. True greatness lies in serving; only in service can we share in the power and glory of God. We need this call of Jesus so that our service is marked by love, which does not aim at self-realisation but at the good of all, to make the earth more habitable. No one can claim to "follow Jesus" without receiving his own baptism, without passing through his burial in death, without sharing his "cup" of suffering by placing his trust in the Father to share in the glory of the resurrection. The Kingdom of Christ has nothing in common with earthly kingdoms. Ambition, the quest for power and honours have no place. On the contrary, everyone must want to be the humble servant of others. It should not be forgotten that ministry and diakonia, are terms derived from Latin and Greek, meaning 'service'.

Jesus takes the roots of power and turns them upside down in the sun and air: Whoever wants to become great among you must be a servant to all. Service, the difficult name for great love. But it is also the new name, the secret name of civilisation. Indeed, it is the name of God. As Jesus assures us: I did not come to get servants, but to be the servant. The most surprising, the most revolutionary of all Jesus' self-definitions. Dizzying words: God my servant! The old ideas about God and man have shattered: God is not the master and lord of the universe to whose throne we tremble on our knees, but it is he who kneels at the feet of each of his children, girds himself with a towel and washes their feet, and binds up their wounds.

If God is our servant, who will be our master? The only way for there to be no more masters is for everyone to be at the service of everyone. And this not as a reserve of cowardice, but as a multiplication of courage. In fact, Jesus does not summon men and women who are unfinished and faded, but fully bloomed, regal, noble, proud and free. Beautiful with the beauty of a God whose hands are entangled in the thicket of life, a guardian who watches over all that blooms under his sun with combative tenderness.

May the contemplation of Jesus who takes on the burden of our iniquities to open up the way to communion with God, helps us to step out of our box and pursue true greatness, which is not that of the domination proposed by the world, but that of service and fraternal love.