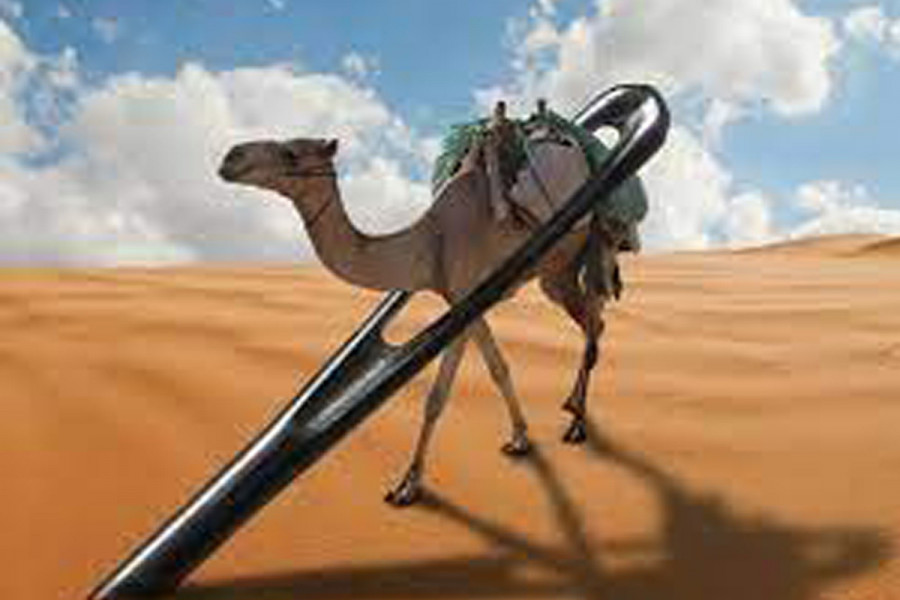 On the twenty-eighth Sunday of the ordinary time, the prescribed Gospel passage discusses the theme of wealth and discipleship. In the world in which people amass wealth and place personal security as the number one priority, the Christians are called to negotiate between survival orientation and vulnerability, accumulation and distributive justice. This was what the early Christian community did. They abandoned the default position of self-interest and embraced radical communion. They shared their possessions and made sure that no one was left behind. They formed an intentional community of sharing in common with each other and looking after the most vulnerable. To take a stand for the weak, vulnerable and marginalized. Discipleship is a journey that demands courage because it forces us to abandon security in favour of vulnerable trust, self-interest in favour of passion for justice and the preferential option for God’s poor.

Wisdom is preferred above gold and silver.

The book of Wisdom was a gathering of proverbs and reflections attributed to Solomon, son of David. Israelites believed that Solomon was the wisest man who ever lived; his wisdom came directly from God.

This book, however, was written after the return of the Jews from the Babylonian exile, several hundred years since the death of Solomon. The purpose of the book was to display the wisdom of the Jewish community and to show that Jewish wisdom was superior to pagan wisdom. The author was familiar with the Greek language and culture, so he could speak to both the Jewish community and to the world at that time.

In today's reading, "Solomon" prayed for prudence and wisdom after reflecting on the common origin of all people. As a God-given gift, wisdom transcended any material treasure or physical because ancient people saw wisdom is eternal. The author pursued Wisdom as a personal lover; to be wise required intimacy with the source of wisdom. The author equated the possession of wisdom with a healthy relationship with God

The Word of God exposes the heart.

These few verses from Hebrews portrayed God's activity in terms of salvation and judgment. His "Word" cut to the heart of the matter. No matter what the person did or said, God knew his or her real intent. And God would judge accordingly.

The images of Christ crucified and the Second Coming pointed to the End Times. The author of the Hebrews made a unique contribution to these images by placing them in the context of worship. In other words, salvation itself was an act of sacrifice Jesus made to the Father. But, since the believer tied him or herself to Christ crucified in Baptism, the believer joined Christ as the victim. The Word of God was ready to strike. The coming judgment/salvation was the ultimate sacrifice to the Father. That sacrifice began on the cross and continues today.

A man with many possessions asks Jesus what he must do to gain eternal life.

In today’s Gospel, an unnamed man approaches Jesus and inquires about what he must do to inherit eternal life. Jesus replies that one must follow the commandments of the Law of Moses. The man acknowledges that he has observed all of these since his childhood. Jesus then says that only one thing is lacking: he must give his possessions to the poor and follow Jesus. The man leaves in sadness, and Mark tells us that this is because he had many possessions.

Jesus makes two requirements of the wealthy man who approaches him. First, he must give up his possessions. Throughout history, some Christians have taken this literally. Their example witnesses to us a radical commitment to the Gospel of Jesus. Some have read this as a particular requirement directed to this specific individual. Still, others have sought to explain the meaning intended by the word possessions as those things that prevent one from following Jesus. Christians have generally understood that at the least, following Jesus requires that believers hold material possessions loosely and remain vigilant against seeking security in accumulating possessions.

The second requirement Jesus makes of this man is the invitation that Jesus extends to all would-be disciples: “follow me.” Jesus very much wants this man to be his disciple. We believe that the Christian faith is one in which each believer is in a personal relationship with Jesus. Just as this Gospel tells us that Jesus loves the man and is sad when he departs, so too, Jesus loves us and is saddened when we are unable to follow him.

We see in this Gospel reading another example of Mark’s pattern, which shows Jesus offering further elaboration about his message and meaning to his disciples. To his disciples, Jesus laments the challenges faced by those who are rich in following him and entering the Kingdom of God. In reply to the disciples’ astonishment at the strictness of the standard that Jesus speaks about today, Jesus reminds his disciples that nothing is impossible with God. Salvation is determined by our ability to rely completely upon God.

Peter replies to Jesus by boasting that the disciples have already given up everything. Jesus acknowledges that those who have given up everything for the sake of the Gospel will be rewarded. This reward begins now, in the new community that one will gain in this life, and will continue in the eternal age to come. Our personal relationship with Jesus is also an invitation to the community of faith, the Church.

It is always hard to let go of something – or even harder – someone that has been much a part of our lives. That is so because it is in our human nature to cling to what is familiar, comfortable, secure and to resist what might disturb or upset the existing order and the status quo.

Well, not as far as the Gospel was concerned! When Jesus challenged him to go home and sell his possessions, give the money to the poor and follow him, this young man revealed his true colours. He could not part with his wealth and security. He could not accept the radical demands of discipleship. He walked away sad and disappointed because he was too attached to his status as a man of riches and power.

Jesus felt deeply sorry for him because the young man had missed the opportunity to outgrow himself. He had chosen his comfort zone and self-interest; he had refused the invitation of Jesus to experience an alternative mode of existence – one that is based on trust and shared life rather than accumulation and personal security. He was like that older brother in the Parable of the Prodigal Son. His religious observance was only a façade. Scratch the surface of both the elder brother and the rich young man in today’s Gospel, we find a stifled, stagnated and small-hearted person.

As the scene opens, a man ran up to Jesus, knelt as a sign of respect, and then addressed him with the phrase "Good Master." Jesus rejected the term "good" since the title could be a trap. But in the exchange, the man inquired about eternal life; this was a sign that the man saw the path Jesus and his followers took as the means to eternal life. So Jesus asked about the man's moral life how had he adhered to God's law)?

Jesus remarked about the difficulty for the rich to enter God's Kingdom In the time of Jesus, riches implied multiple families, business, and political connections with their conflicting interests; the life of the rich was stressful and overburdened. In contrast, the lifestyle of Jesus was simple and uncluttered. But even simplicity did not guarantee salvation the simple and the poor did have problems that distracted from faith. Jesus reminded his followers that faith was a gift from God; he would take care of any problems when faith is a priority This attitude had its roots in Judaism.

Let us pray that we dare to live our discipleship without counting the costs. May the teaching and example of Jesus guide us as we endeavour to build relationships and communities that mirror the Reign of God.