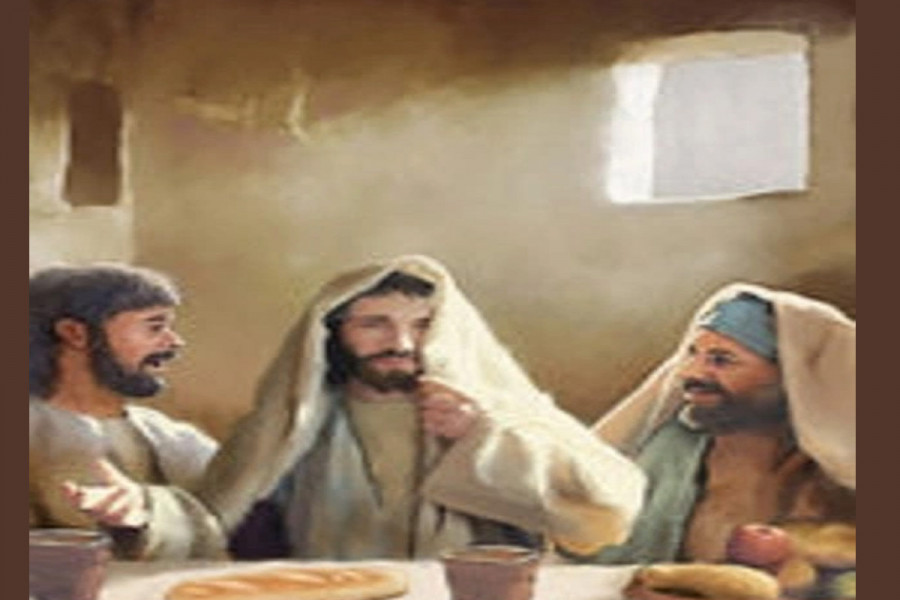 The preaching of Peter (first reading), preaching in the form of testimony: Jesus is "the Holy, the Righteous", "the author of life", the one whom God raised from the dead. However, the people rejected it; but the God of the living cannot condemn: he invites to conversion. God loves everyone, even those who don't believe in Him, even those who crucify Him. This is the true face of God: He who gives rise to life, who offers a further possibility, who opens to a hope that is not a consequence of our choices, but that prevents all our merit And by the power of love of His Word that everything exists , and that the resurrection is the event that is the foundation of faith and the meaning of our living and working.

With the refrain of the Responsorial Psalm, Lord, may the light of your face shine upon us, man asks the Lord to listen to his prayer when he invokes him, to have mercy on him, in fact he believes that the Lord works great wonders for those who are faithful.

In the second reading the Apostle John teaches not to sin, but he still says that if someone has sinned he must not despair because we have a paraclete with the Father, Jesus Christ, he is the victim of atonement for our sins, and only if we observe we can have God's love in us.

However, this does not authorize us to live as we want, to commit any nonsense so then there are those who forgive us, The apostle wants us to understand that God is merciful towards us sinners, that is, even if we sin he is always close to us and waits to resume the journey together, giving us his hand to support us.

We find in the Gospel, the two disciples returning from Emmaus who tell the twelve how they recognized the risen Christ in the act of breaking the bread.

First of all, he starts from the experience of the disciples of Emmaus, who were returning home desolate, crushed by events: "They hoped he was the one to free Israel". They had followed Jesus with these expectations, that he would free them from the Romans, but three days have passed and nothing has happened yet! A stranger comes alongside and explains the Scriptures to them, then stops with them and breaks the bread: they recognize him: it is Jesus. Then “they left without delay”. They go back to Jerusalem, to the eleven, who were gathered. The disciple of Jesus is not an isolated prophet, an envoy on his own, but he is the expression of a community. The Risen One had come to make the Father known to men, to bring into everyday life what the Bible revealed about the relationship between God and humanity.

However, for the disciples, the Law and the Prophets remained a sacred word, detached from everyday reality. They could not grasp the actuality in the life of Jesus, a man of flesh in whom they had placed a hope of political liberation. "Never be!" Peter had said when Jesus foretells his passion. Instead the Master had been defeated by the high priests and the Romans and the dream was over. They couldn't believe whoever said they saw him that same day. They remained in their disappointment, unable to let themselves be reached so much their mind was clouded with sadness!

And here he is among them! For them, it can only be a ghost and they let themselves be frightened. As if their discouragement were more real than the presence of Life itself breaking through where they were closed in thoughts of death.

Jesus does not make any reproaches, he relates to them at their same level: they cannot see the reality that they have before their eyes. He lets himself be touched and asks for something to eat. A simple, normal, daily gesture to bring back to the truth, to get out of their thoughts that reduce reality to a single sad color. It is as if a sleeping field of consciousness wakes up! And the apostles realize that the man who was eating in front of them is the same one who was killed on the cross three days earlier. They are now able to understand that Christ had to endure the fatigue and pain of every man to open their minds to another dimension.

"So it is written: Christ had to suffer and rise from the dead on the third day and in his name conversion and forgiveness of sins will be preached to the people ... of this you are witnesses". Witnesses of the resurrection then? Of course and above all of the forgiveness of sins! The risen one re-creates man, making him capable of transforming evil into Good with forgiveness. Why then do we continue to be ashamed of our sins, to judge those of others, and to fear God's judgment? The Spirit that animates God is forgiveness, we are heirs and witnesses of his forgiveness. Christ changed the meaning of history: man can get out of the mechanism of vengeance and fear, because death, a consequence of sin, is overcome.

Now it is up to us to live today, not closed in our sadness, but turning on the light, opening the windows, we realize that life can triumph if we continue to love.