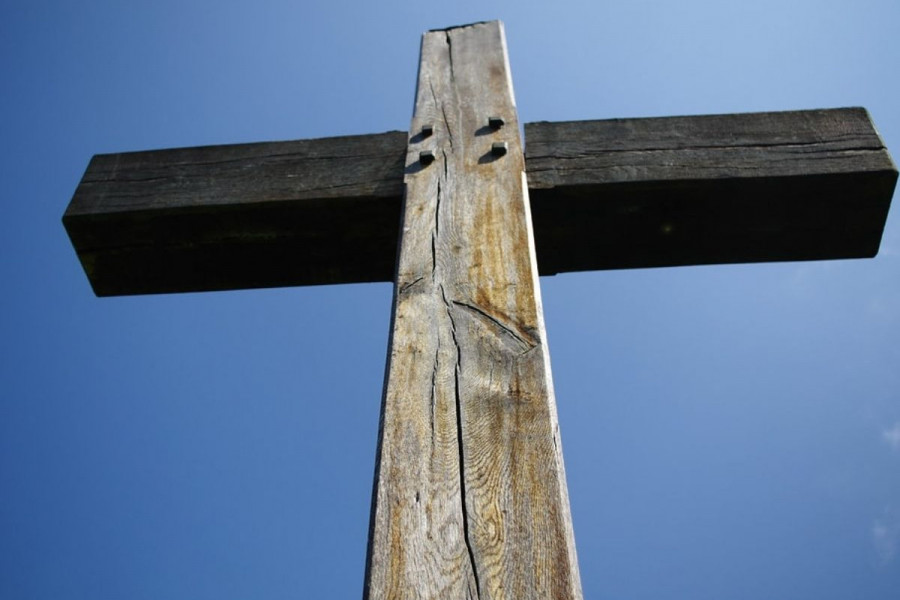 With this Sunday we have come to the end of the Lenten journey. Today's readings remind us how faithful God is to his promises and that his last word is forgiveness and mercy.

In the first reading, the prophet Jeremiah, who reminds us of God's style, announces a new, definitive covenant, no longer written on stones, but in the hearts of believers, that is, God's gift of a new heart, capable of welcoming his project for humanity with joy. To the people of Israel in exile, Jeremiah announces the hope of a new return, because God is faithful in his word; he is a God who loves his people, who takes care of us, who seeks our friendship and his desire is to be with us, to elevate us, to unite us with him. God cannot do without this relationship with his people, who have already distanced themselves once, and gives them a new chance to live, to make his face known and takes him by the heart. For this reason, Psalm 50 asks the Lord to "create a pure heart " capable of truly loving, asks forgiveness for all the sins and to grant his Spirit.

In the second reading, we find a God who is close, who is once more love. The believer is called to move in the same logic as the Son: faithful to the end, in the certainty that God is not absent in the cross, but reveals himself in it in a way different from human expectations. Here we immerse ourselves in the passion of Jesus: his availability, his tears and his obedience become instruments of salvation and prayer.

The context is that of the third and last Passover lived by Jesus in Jerusalem, when by now the high priests decided to condemn him to death (cf. Jn 11:53), and after his messianic entry into the holy city acclaimed by a large crowd (cf. Jn 12: 12-19). As on the occasion of every great feast, Greeks (héllenes), non-Jews, therefore pagans, had also gone up to Jerusalem, who had certainly heard of Jesus, of his prophetic character, of his authority in addressing the people. Jesus experienced a certain success, which brought him fame, as well as bitter enemies. This success worries religious men above all, eager to stop and extinguish the movement born from the preaching of Jesus. Shortly before they had come to say: "Behold, the whole world is following him!" (Jn 12:19), thus asking to do something definitive about Jesus, to resolve the question once and for all.

The pagans present in Jerusalem, interested in meeting Jesus, approach Philip (the disciple with a Greek name, coming from Bethsaida of Galilee, a city inhabited by many Greeks) and ask him: "We want to see Jesus". However, this is not easy, because meeting pagans in the holy city, on the part of a rabbi, does not conform to the law, and does not respect the rules of purity. Philip, hesitant, goes to report it to Andrew, the first called to follow according to the fourth Gospel (cf. Jn 1: 37-40); then, together, the two decide to present the request to Jesus. The latter, listening to them, in his ability to reflect and read events, perceives that this question is a prophecy concerning the pagans: they too can be his disciples, believe in him and be part of his community.

His life is drawing to a close, death is decreed by the legitimate authorities of the religious community, of his "church", but Jesus is able to see beyond death, indeed he is able to see in his death an unprecedented fruitfulness: "The now that the Son of man be glorified ”. The hour of death on the cross is the hour of glory, of the epiphany of his love, lived to the extreme for all men (cf. Jn 13: 1). That hour of which at Cana he had said to his mother: "My hour has not yet come" (Jn 2: 4), that hour which he had announced as coming and towards which he was going with desire, that hour which was “his hour "(Jn 7.30; 8.20) has finally arrived. This is the decisive hour, which inaugurates a new time for faith, for the adoration of God (cf. Jn 4:21:23), for the salvation of the dead and the living (cf. Jn 5: 25-29).

To reveal it, Jesus uses a brief simile, pronounced with great authority: “Amen, amen I say to you: if the grain of wheat, fallen to the ground, does not die, it remains alone; if it dies, it produces a lot of fruit ”. His death is sowing, in which the seed must fall to the ground, be buried, die as a seed and give rise to a new plant that multiplies the seeds in the ear. Thus, Jesus reads his own death and thus reveals to us that for us too, men and women following him, it becomes necessary to die, fall to the ground and even disappear in order to bear fruit. It is a biological law, but it is also the sign of every spiritual event: true death is the sterility of those who do not give, of those who do not spend their lives but want to jealously keep it, while giving their life to death is the way of abundant life, for us and for others. The Christian who wants to be a servant of the Lord, who says he loves the Lord, must simply welcome this death, accept this fall, and embrace this concealment. Then he will not be alone, but he will have Jesus beside him, he will be preceded by Jesus, who will take him to where he is, that is, in the womb of God, in eternal life.

With this faith, with this conviction, even though troubled by his imminent death, Jesus knows how to say "amen", he knows how to say "yes" to that hour that is his. For this reason, also the prayer of Jesus thus expressed by the Synoptic: “Abba! Father! Everything is possible for you: take this cup away from me! " (Mk 14:36; cf. Mt 26:39; Lk 22:42), in the fourth Gospel it becomes a cry of victory: "For this, I have come to this hour" and an invocation: "Father, glorify your Name ". And here, in response, a voice descends upon him from heaven, as a promise and seal: "I glorified him and I will glorify him soon!". It is the voice of the Father who confirms to the Son Jesus that the hour of the cross is the hour of glory. This is why Jesus can exclaim: “Now the judgment of this world is taking place; now the prince of this world is thrown out. And I, when I am lifted up from the earth”, like the serpent lifted up by Moses (cf. Num 21,4-9; Jn 3,14),“ I will draw everyone to me ”.

Everyone, Jews and Greeks, all attracted to him will be able to see him, but on the cross, while he gives life to the whole of humanity. This is Jesus' response to those who want to see him

Lord our God, change the path of your Son's disciples from the easy paths of popularity, of cheap glory, and take them to the streets of the poor and scourged of the earth so that they can recognize in their face, the face of the Master and Redeemer. Grant eyes to see the possible paths to justice and solidarity; ears to listen to questions of meaning and salvation of so many who search as if groping; enrich the heart with generous fidelity and delicacy and understanding so that they become companions on the road and true and sincere witnesses of the glory that shines in the risen and victorious crucifix.