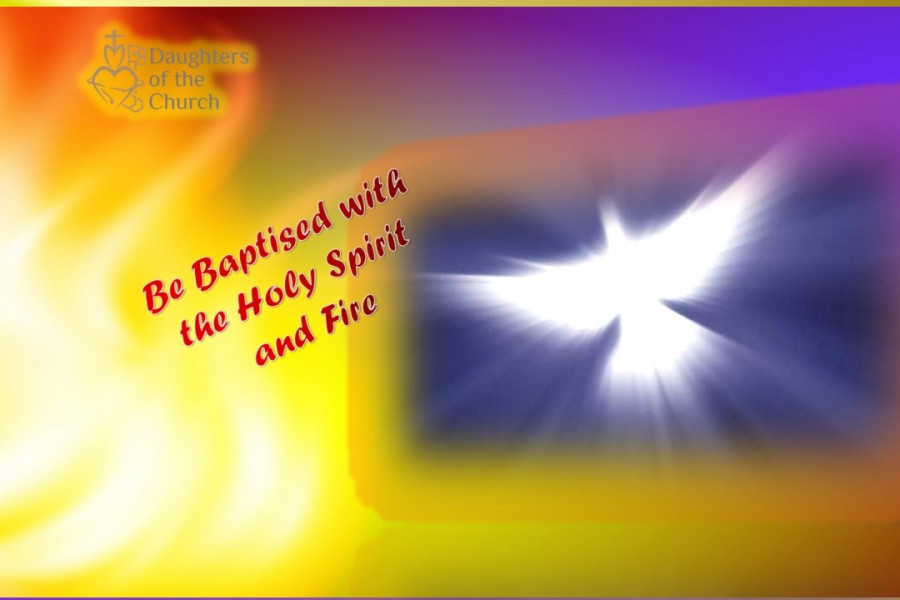 In traditional theological perspective, the main purposes of Advent are to prepare for remembering (and re-experiencing) the birth of Jesus at Christmas (the first Advent), and to prepare for the second coming of Jesus (the second Advent, or the Apocalypse) and the final and complete manifestation of the Realm of God (the “Realm of Heaven”).

Today’s liturgy of the Word presents two prophets from two different times. Both are the prophet of Israel and are chosen by God from two diverse backgrounds and professions in order to announce the message of God. Isaiah is a soft-spoken prophet while John the Baptist is a very fiery preacher. Isaiah foresees the Messianic times as one of the absolute peace and harmony. Jesus the Messiah is a blend of the gentleness of Isaiah and the harshness of John. It is this quality of gentleness coupled with the harshness that is required of the disciples of Jesus.

The Lord is King:

Isaiah 11 begins with the claim that new life will spring forth from an injured stump: “A shoot shall come out from the stump of Jesse, and a branch shall grow out of his roots.” The visions of 11:1-10 are characterized by a remarkable dynamism that is at the same time the mark and guarantee of stability and peace. In the visions, the order of nature, political and social life, and the common life of humans and animals are organically linked and woven together.

The concrete expression of this new future is a ruler on whom the spirit will rest. The promise comes to Israel in the form of a person -- a human king who embodies the best of Israel’s traditions: He is wise and understanding, powerful and effective in war, able to judge for the benefit of the poor, and obedient to God. This king rules the world in such a way that the poor are treated righteously, the meek are given a fair hearing, and the wicked are killed. So glorious is this reign that he is literally clothed in righteousness and faithfulness.

As St. Paul draws the letter to the Romans to a close, he states that the Old Testament was intended by God to continue to address Jews and Christians of every generation. The oracles of the Old Testament are pertinent to Christians. Having said this, Paul prays for the harmony of the Christian community of Rome, realizing that such unity is itself a gift of God. When Christians live not only for themselves but for others, then the solidarity which Jesus proposed as the model for Christianity will be achieved. God himself is seen as the source of such harmony because he supplies the grace of endurance and encouragement.

John’s preaching is oriented to the coming Kingdom of God and to preparing the way of the Lord. His Baptism involves the confession of sins and repentance of sins as a means of escaping the “coming wrath”. The first targets of John's wrath were the Sadducees and Pharisees, folks who were traditionally enemies of one another. They were fundamentalists, accepting only the teaching of the Torah, the first five books of the Bible, and insisting on Temple worship. Their exclusionary attitudes were the main thing the two groups had in common. They saw themselves as special and righteously looked down on others.

Whether or not the two groups were already colluding against him, John's lumping them together as a brood of vipers was sufficient to bring them into that uniquely inhuman coalition forged by shared hatred for the same scapegoat. Like Jesus, John would be found guilty of telling the truth.

John's preaching was simple:" Repent!" That meant, "Admit that you've gotten it wrong, and make ready for something to come, something bigger than you anticipate; a humiliating dip in the cold river announces that you're waking up to it." John's message treated liberals and conservatives as equally in need of a dunking.

The root meaning of “to repent” is “to turn” or to have a dramatic change of mind and direction. To repent is turn away from the values and practices of the old and to turn towards the values and practices of the Realm of God. In this context, repentance includes feeling sorry for one’s personal sins, but it is much more. To repent is to take a clear-minded look at the ways in which one’s life plan with the assumptions and behaviors of the old age, to turn away from such complicity, and to turn towards God and the attitudes and actions of the realm of heaven.

John fit the classic mold of a prophet. He dressed like Elijah and his diet of locusts and honey, odd as it sounds, was not only acceptable but actually appetizing to people of some cultures. John's message offered hope to certain people. When he called everyone to change, the people who lived nightmares of oppression and exclusion heard an invitation to dream of something better. They craved not only personal transformation but also a transformed, just society. That was what John promised: "The axe lies at the root of the trees. Things are going to change from the ground up. Someone is coming who will set the world on fire!"

John did his part to set his people on fire. Much as his enemies would have liked to deny it, his message came straight from the Hebrew traditions of wisdom and prophecy. Isaiah foretold the coming One whose justice would put an end to natural enmities. The One God would send would be known for wisdom, compassion, and strength. His brand of knowledge and loving reverence for God would be contagious.

As we hear about John today, we might try to imagine ourselves among the crowds. With whom would you identify? Are you with the conservatives who think they know God's truth and are clear and strict in its moral demands? Are you with the politically correct liberals who strive to be pure, adjusting moral demands to the times, all the while enjoying the certainty that comes from ongoing in-group prayer and reflection?

In Advent, the church thinks afresh about how to join God in the movement towards a world that is more like the realm of heaven. We can think of no better Advent guide than John the Baptist, whose instructions for preparation are condensed into one word: “Repent!” John appears in our liturgy today proclaiming that Advent is a wake-up call. Like it or not, we can't ignore His message.

Today's Scriptures force us into a choice: Either we confess that we're part of the problem and take the plunge to work for a really different future, or we hang on in the style of the Sadducees or Pharisees. The biggest warning is that if we ignore John and his crowd, we're not likely to recognize where Christ is working today.