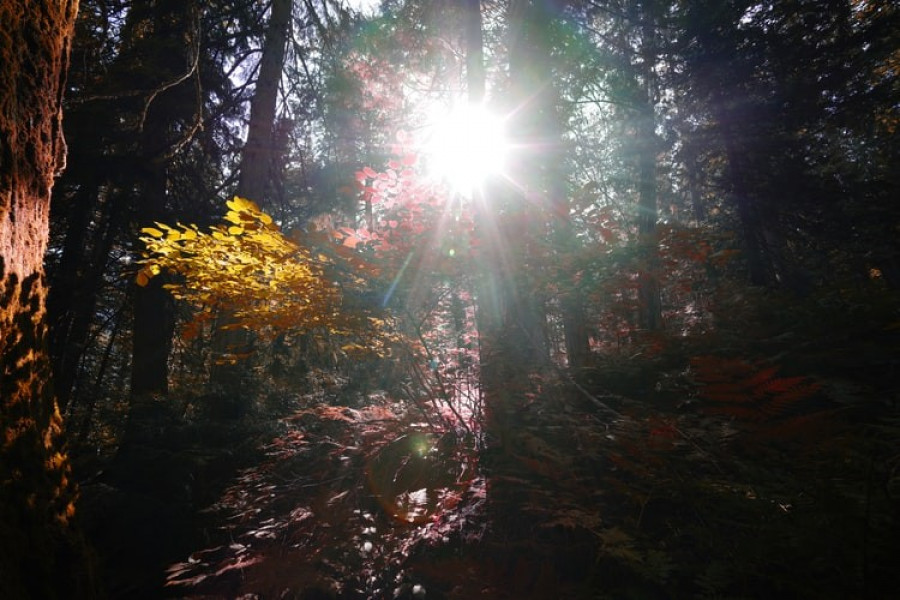 As befits biblical leaders are empowered by God’s Spirit. It tells of the mission given to him by God, a mission that God empowers to carry out. He is to be a covenant of the people Israel, to remind them of their mission. He will also be a light to the nations beyond Israel and will release captives, captive Israel, from their bondage.

The servant is left unidentified, to be identified by his very special personality, his choice by God and his special relationship with him, his tremendous mission. His person and mission could stand as identifying and standing as a model for Israel, God’s chosen people, with a world mission, or for a chosen individual with such a mission. It would be fulfilled as God saw fit, and this was through God’s Son, Jesus Christ, as is made clear at the baptism of Jesus when Jesus is anointed with the Spirit, and the voice from heaven, replacing Isaiah’s word “servant” with “Son”, declares that the prophecy of Isaiah is fulfilled in Jesus.

Today’s reading, we perceive a certain tension between the first part and the second. In the first part, God is speaking to his servant, who in the best reading is addressed as Israel, while in the second part the servant has a mission to Israel as if the servant is an individual rather than the collective group Israel. The Israel of the first part is ideal Israel, the chosen people through which God will be glorified. The passage from the collective to the personal meaning of the Servant arises from the fact that the servant is identified principally by his mission and person. In a verse (verse 4) omitted in today’s reading, the servant expresses doubt about the effectiveness of his mission, that he has labored in vain, and spent his strength for nothing. God, however, supports him and tells him that he has been chosen from his mother’s womb for a mission, not merely to restore Israel but for a far greater one: to be a light to the (pagan) nations and to bring God’s salvation to the ends of the earth.

May God our Father and the Lord Jesus Christ send you grace and peace:  This letter provides us with a lot of information on the internal life of a young Christian community, with the problems it encountered and Paul’s concern for this young church. At his initial visit there Paul spent about a year and a half in his work of evangelization, and later had contact with the local church from Ephesus across the Adriatic Sea. About two-thirds of the population of Corinth were slaves and it is likely that for the greater part the members of the Christian community were also drawn from this class or from the lower classes, although there were also learned and well-educated members in the community. But whatever of their social origins or standing, it is clear from Paul’s correspondence with them that the Corinth community was very mentally alert, reflecting on how they could, or should, live their new Christian life in their pagan surroundings. They were also given to disputation and to the personality cult, with regard to well-known persons, such as Paul, Apollos, Cephas (Peter), even Christ. In this letter, Paul will have occasion to discuss with them many of their questions and problems. But this dialogue he will engage in as united with them in their belief in Christ, in the Church and its mission. In the introduction to this letter, read today, he stresses basic truths: the Church in Corinth, sanctified by Christ, called with all believers to pray to the Lord Jesus Christ. He prays that God will send them grace and peace – a favorable atmosphere in which problems and doubts can be resolved.

Look, there is the lamb of God that takes away the sin of the world:

We are in the Jordan area with John the Baptist, and the text speaks of the Baptist’s witness concerning his own status and his witness to Jesus. In the Fourth Gospel, there is no account of the actual baptism of Jesus by John, as there is in the other three gospels. Yet this reading tells of what happened there. We are not told to whom the Baptist’s words of witness to Jesus given in this reading were addressed, but they are for the entire Church. He calls Jesus the Lamb of God who takes away the sin of the world as if one great sin were involved in the many sins. Jesus is described as the Lamb led to the slaughter of Isaiah (53:7), and as the Passover Lamb offered up each year. By his death, he will take away the sin of the world. In this Epiphany, the Baptist manifests Jesus to the world, detailing also the essential detail of his baptism at the Jordan: the Spirit coming down on Jesus and remaining on him. He stresses this point by repeating it, an emphasis in keeping with that of the other three Gospels and the Acts of the Apostles. This same Spirit will be given as a gift to the Church by Jesus.

In today’s gospel, John speaks of two baptisms: one of water and one of the Holy Spirit.  You and I are baptized in both water and the Spirit.  This means that we are not only cleansed of Original Sin, but we are saturated in the life-giving water — we are flooded with the Holy Spirit!  When Jesus calls us into the discipleship we were created for, he also equips us with the grace to accomplish His work.  For this reason, we should constantly pray for the Spirit to take possession of our hearts, and then we should prepare ourselves for the surge of power that will flow through us! You were made for discipleship, and you are only fully alive when you live out that mission.

Reflection and Dialogue: Epiphany, Ecumenism, the Holy Spirit, the Sin of the World:

In this Sunday’s liturgy we are still under the influence of the spirit of the Epiphany, and also of ecumenism as we draw near to the feast of the Conversion of St Paul (25 January) and the prayers for the Church Unity Octave that accompany it. The Magi who visited the new-born Jesus, king of the Jews, was representative of a non-Jewish pagan people, a people looking forward to redemption by God. The Church is often accused of being alien to the mind, the values and the aspirations of the world in which we live. A word that is scarcely mentioned from the lay side in all this dialogue is the word “sin”. Practices and teachings of the Church are criticized, and frequent references are made to Christ, as if the Church were not faithful to his teaching and mission, omitting any connection between Christ and sin, Christ the Lamb of God who reveals, shows up and takes away sin, the sin of the world. In this ongoing dialogue between the Church and contemporary society, the many messages of the Epiphany and the Baptism of Christ should be borne in mind.