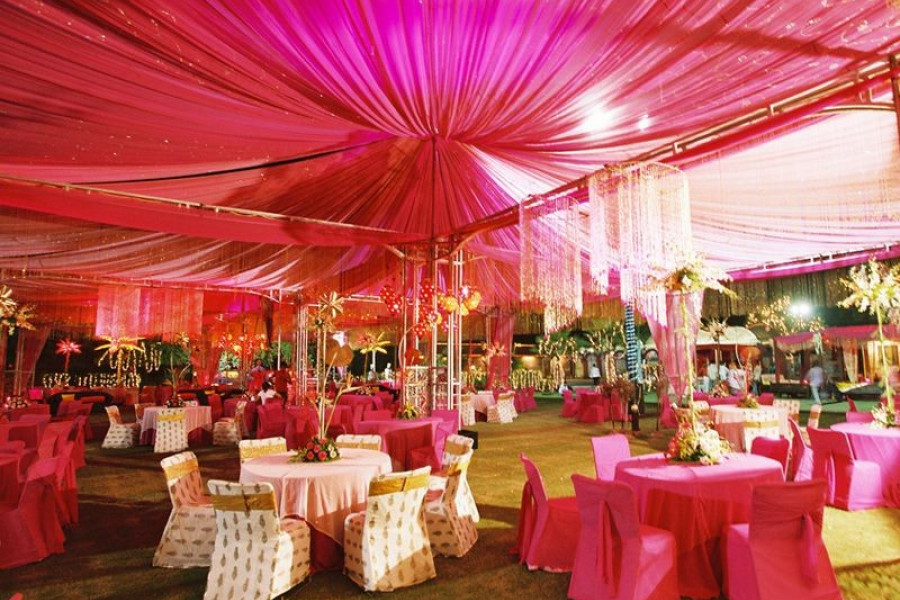 Today’s Scriptures invite us all to raise our sights, and our hearts, when thinking of the future. Beyond this present life, God has planned a great future for all of us. Isaiah’s prophecy of the heavenly banquet is an invitation to think of our eternal destiny. There is more to live for than what we see in this present world, interesting and challenging though it is. What really counts, indeed, is whether we succeed in reaching our eternal happiness with God.

God will offer the banquet to the peoples of the earth and will destroy death forever. God will share among humans the fact that is normally reserved for God. Thus, death will be vanquished; thanks to the divine life, thanks to the sharing in a food belong to God. God is wiping away the tears and taking away the cares of all who have gathered in Jerusalem for the pilgrimage of the nations is a beautiful image of the loving Father.

The very best is set before them; fat delicacies flavored with the marrow and old wine and so on. On Yahweh’s enthronement share in the great sacrificial meal will be given to the foreign pilgrims coming to the festival as well as to the Jews themselves. This table fellowship brings the nation into fellowship with God.

Perhaps our predecessors in the faith had a stronger sense of the afterlife than we have today. Like Saint Paul, they believed that history is in God’s hands and that divine justice will have the last say. Difficulties in one’s present life could then be seen as growth-pains, or as a means of purifying the spirit from selfishness and sin. Under it all, the world was “in travail,” in the process of bringing a new era into existence. Therefore, it was that Paul–and many other men and women of faith–could be inwardly at peace, no matter how hard the circumstances in which they found themselves. We can “do all things in Him who strengthens us,” if we hold on to the hope of everlasting life.

In the second reading, St. Paul expresses deep gratitude for the help send to him by the Philippians. Although Paul has learned how to be satisfied in all circumstances, he is grateful for the help received. Though Paul wants to keep his financial independence for the sake of the Gospel, nevertheless he says that what the Philippians have done is right. He knows how to live in poverty and in abundance for it is the Lord who gives him strength. The Lord is no one’s debtor, instead, he gives. The measure of God’s giving is infinitely greater than that of any human giving. God’s promise is to supply all that he sees and not only out of out in the measure of his glorious riches in Christ Jesus.

The Parable of the Wedding Feast brings to focus yet another dimension of the Kingdom of God. The dimension highlighted in this parable is the words of Jesus, which say, “Many are called but few are chosen”. The parable begins with the king sending his servants to invite people to the wedding feast of his son but they would not come. The second set of servants is those invited who give lame excuses for not attending the feast. The king gets angry and repeats the invitation. This time many come both good and the bad and the wedding hall is teeming with people. The surprising aspect of the parable is what comes next: the king finds a person without wedding garments. The king commands him to be thrown out. The Kingdom of God is open to all, but conditions apply.

The kingdom of God is compared to a banquet to which many refuse the invitation and so the host has to bring in unlikely guests to get the hall banquet full. The last supper with his disciples symbolizes what life in God’s kingdom is like. This parable helps us to explain the mixed reaction to the Gospel within Israel. God, through Jesus and Jesus through his disciples issue the invitation. The rightful invitees- the Jewish leaders refused it and maltreated the messengers. Therefore, the invitation is offered to people out on the highways, and they accept the invitation. This group represents the marginal people of Israel who have accepted the message. The parable explains the inclusion of marginal people in God’s Kingdom. But it also provides a warning that mere admission is not enough; an appropriate response is needed.

Jesus emphasizes that this wedding-banquet is open to all people indeed that God sends his messengers out to scour the highways and byways in order to fill his house with guests. It is a comforting thought that God wants us to be saved, even more than we do ourselves. On the other hand, a special wedding-garment must be worn. This is the level of personal commitment required, in order to accept our place at the wedding feast. I like to think that this refers primarily to community spirit, an ability to share our well-being with other people, in the presence of God. Though founded on faith in God’s creative love, Christian hope retains a strong ethical dimension. Our wedding-garment is therefore being woven daily, by the quality of our interaction with others. In this sense, we hold tomorrow in our own hands, as with the help of God’s grace we build our own eternal future.

This parable tells a very strange story: all those who received the invitation to the king’s banquet not only refused to attend but also treated the messengers very badly. The king was not to be stopped: he sent his servants to the crossroads and they gathered ‘all they could find, good and bad alike’. The hall was full. God’s invitation to partake in his great banquet is not restricted to the Jews; his kingdom is open to all, without any distinction, even to those who seem unworthy. I stand and wonder at God’s goodness and mercy towards all. I ask to be like the Father in his mercy and generosity.

Through this parable, Jesus was pointing an accusing finger at God's Chosen People, who, rejected His Son, Jesus. The king in the parable was not to be mocked! God is not to be mocked! Like the king, God was determined to have guests at His Son's heavenly banquet. So, He invited those whom pious Jews would have rejected. Those included pagans, the outcasts of society and sinners. They gladly accepted God's invitation. But God insists on certain requirements before He welcomes anyone into His Kingdom. That is the wedding garment. In this parable, the man wanted to be welcomed into heaven, while refusing to be clothed with Christ. He did not want to wear the garment of Christ's salvation, freely offered to Him.

We must repent for our sins and allow ourselves to be wrapped in the gift of God's love and mercy. God invites and wants to welcome all of us into His kingdom. But do we really want that, and are we prepared to do what He requires of us? Do we, chose to say, 'Yes' to God and eagerly welcome His invitation to His Son's heavenly banquet? On the other hand, do we find what we think are more important things to do? Do we repent for sins and wear Christ's garment of salvation? God wants us to welcome us; do we really want to be with Him?

Jesus has invited each of us to his wedding feast. He extends this invitation every day. Ask yourself: what is my response to Jesus’ invitation? Do I always have an excuse why it is impossible for me to attend the feast: “I have work to do,” or “I have another commitment,” or: “I am too tired to come.”

Many people believe that happiness can very well be found not so much at the banquet of God, as elsewhere. They imagine that, by giving God the minimum time, they will have the maximum time for themselves - for the securing of their happiness. They forget that they are made for God and that apart from God; the most lavish human banquets have a taste of ashes. As St. Augustine says: "Our heart is restless, Lord until it rests in you."