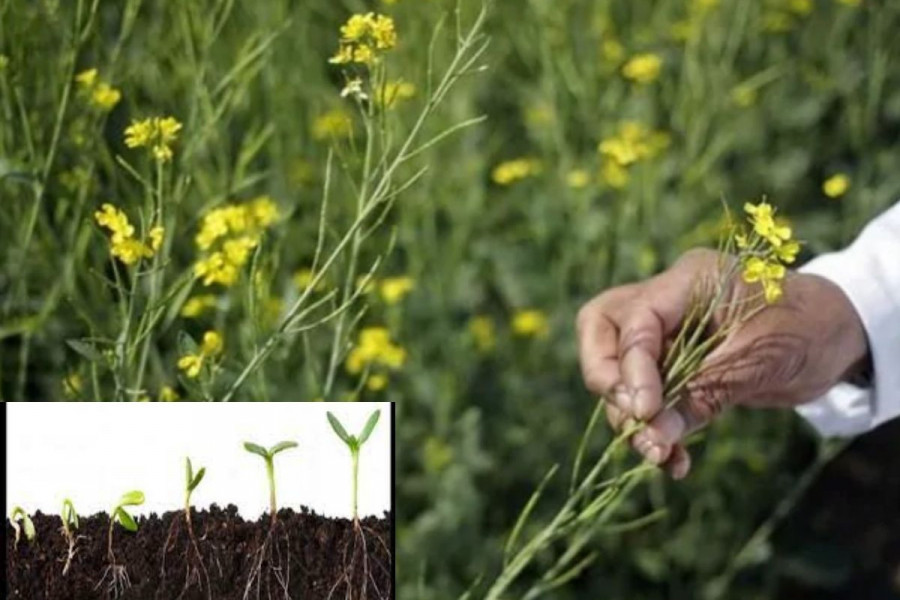 First Reading:  I, the Lord, bring low the high tree and lift high the lowly tree.

In the first reading, we hear a hopeful message from the prophet Ezekiel who ministered during a very tumultuous time in Israel’s history. The golden era of David and Solomon was over. Israel became a house divided and a pawn for much more powerful kingdoms such as Babylon, Egypt and Persia. They experienced shocking violence, war, invasion and occupation. Their faith was tested to the extreme limits.

Yet, in the midst of this prolonged despair, the prophet instilled them with a message of hope. He uses the metaphor of small shoot which is similar to Isaiah’s image of the stump of Jesse, in order to describe the revitalization of Israel. “I will plant it (the shoot) myself on the high mountain of Israel. It will sprout branches and bear fruit”. The shoot here refers to God’s faithful remnants who remained steadfast in the midst of adversity and who in turn formed the nucleus of Israel after the exile. It was out of these faithful remnants that God’s Anointed would emerge.

Second Reading: The lives of all are to be revealed before the tribunal of Christ.

In 2 Corinthians 5:6-10, Paul asserts that we can be confident in all circumstances, whether we are “at home” or “away” from either “the body” or “the Lord.” This theme resonates with his refrains in Philippians that “living is Christ and dying is gain” and that in any and all circumstance — whether in plenty or in need — we can do all things through Christ who strengthens us. There is a logic of double-negation at work in these verses that runs throughout Paul’s letters. This logic brings to the fore the point that God’s “yes” — God’s promise, which we receive in Jesus through the Spirit — is far greater than all our human distinctions and circumstances.

Gospel Reading:  The reign of God is like a mustard seed.

After Lent, the Easter season, and three Sundays of feast days—Pentecost, Most Holy Trinity, and Most Holy Body and Blood of Christ—the Church return to Ordinary Time. This Sunday’s Gospel from Mark carries a significant message regarding faith and the Kingdom of God.

On the eleventh Sunday of the Ordinary Time, the Gospel passage consists of two parables concerning the Kingdom of God: the parable of the growing seed and the parable of the mustard seed. They are called the parable of growth. They contrast small beginning with their great ends, emphasizing the power of God’s action.

Today’s episode reinforces the notion that there is something fundamentally counter-cultural about Jesus and what he stood for. The kingdom, for instance, does not manifest itself in size, in success and power. Instead, it is found in the smallness of the mustard seed, in the poverty of the widow’s mite, in the rarity of the pearl or in the insignificance of the yeast. These images are essentially counter-cultural. In other words, they challenge the prevalent attitude about greatness, success and power. Jesus teaches something quite radical through these parables. He teaches that God’s Kingdom though begun in dishonor and ignominy will reach its fulfillment in a way that defies human expectations.

In the first, Jesus tells those gathered that this is “how it is with the kingdom of God.”  In the parable of the growing seed, we see a sower scatters the seed on the land and does nothing more. He allows time to pass. But the seed automatically sprouts and grows. Something in the seed brings about growth. The parable is the mysterious way in which the Kingdom of God will grow. The Kingdom is ultimately the work of God. It is God’s mission. The sown by Jesus will achieve its purpose – with or without human cooperation. The word of God never returns without achieving its purpose. A man scatters seed which over time sprouts and develops. Then when the grain is ripe, the man harvests his crop. The emphasis in the parable is on the seed, which seemingly has the power to grow on its own. In this, it is like the Kingdom of God. While on earth, Jesus planted the seeds of the kingdom through his life, miracles, teaching, and suffering. However, the kingdom is not yet fully established. Although already present in Jesus and his group of twelve, it has yet to come to fruition; just as the seed in the parable needs time to grow, so does God’s kingdom.

In the parable of the mustard seed we see, the mustard seed is called the “smallest” in a proverbial sense. To those who had hoped for a “big bang” type introduction of God’s Kingdom, Jesus said that the kingdom starts off in a humble manner but will soon consolidate and grow to astounding proportions. They just have to believe and be patient. This parable offers hope, promising great outcomes from small beginnings. Jesus used this parable to encourage the first disciples, who would soon face tremendous opposition as they set out to proclaim the gospel. The parable of the mustard seed continuous to encourage the Christians even today.  Though not the smallest of all seeds, it is most likely the smallest that a first-century farmer in Jesus’ part of the world would have sown. Small as the mustard seed is, it develops into a tree. Though the mustard tree generally averages only nine to twelve feet in height, it has a wide expanse and provides a nesting place for birds. Just as the tree welcomes the birds, so is God’s kingdom welcoming and open to many.

These parables help us discern something about the kingdom of God and our own faith. In God, we live and move and have our being, but God is a mystery and his kingdom, though present, has not yet come into its fullness. Today, the Kingdom of God is present in the Church. The mission of proclaiming the Good News of the Kingdom given to the Apostles is now given to us. But just as seeds need time to come to fruition, so does the Kingdom of God. That is why in the Lord’s Prayer, we pray, “thy kingdom come.” We know that it will come in its fullness at the end of time. All we need is faith.

The main question in today’s Gospel is this: What can we say the kingdom of God is like? We may be tempted to see and compare this kingdom to one of the most successful and affluent “world powers”. Jesus however takes us back to something very small which has the capacity of growing into bigger things. He compares the kingdom to a see. He even goes far as to compare it with the smallest of the seed, the mustard seed.

The seed of the kingdom has already been prepared by God. It is a good seed. It is the best seed. It only needs the soil that is ready to receive the seed. If the kingdom of God is to be planted, then it is planted in us. How do we improve and cater for this soil so that it can receive the best of the seed that can ever exist? The fruits we bear will be tantamount to how we, as the soils have made ourselves ready to receive the seed.

God wanted his kingdom in us to grow into the biggest shrub and biggest branches so that birds of the air can find shelter in its shade. The poor, homeless, sick, marginalized, etc around us are in need of our shelter. We must not think we are too small to do this task. Who will do it if you don’t? At our baptism, God sowed this seed of the kingdom into us. We must be the good soil in which the seed of the kingdom will grow.

We are living in a time of diminishment as far as the church’s size and influence are concerned. But if the kingdom is like a mustard seed, then the size of our institutional church is not as important as the quality of our witness. In a world of changing values and a crisis of trust, we must adhere to the constant message of faith, hope and love for all; we must continue – as Pope Francis maintains – to be a church where everyone can feel welcomed, loved, forgiven and encouraged to live according to the Gospel. And as long as we embody that vision of the church in our practice, we become a lighthouse for the world. May we learn the art of vitality in smallness and increase the quality of our faith and relationship in this fallow time.

Our mission seems overwhelming, and our resources seem too few. But Jesus promises that God’s power makes everything possible. May we resolve never to lose hope? May we always trust in the all-powerful God, who can bring great things out of small beginnings. May God bless us all and make us grow more and more