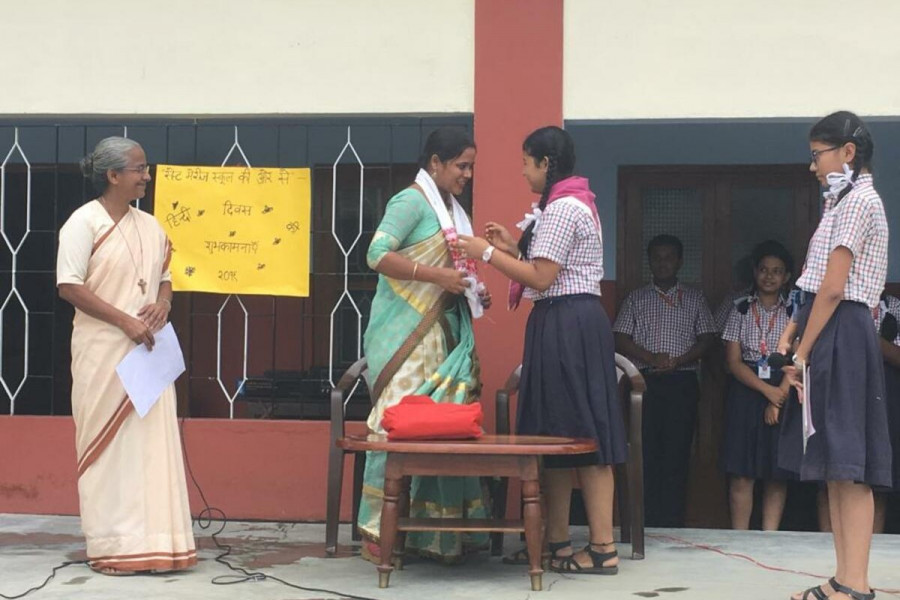 On 14th September 1949, Hindi was adopted as the Official Language of the Union of India. Later in 1950, the Constitution of India declared Hindi in the Devanagari script as the official language of India. To ensure the importance of national language to the students, in anticipation, on 13th Hindi Divas was celebrated in the school. Miss. Prahtibha Devi, the assistant Hindi teacher of Parameswar Talukdhar High school, was the chief guest.  An essay competition was conducted for the students based on the theme. The program began with a song sung by the school choir which denoted the importance of Hindi language. Chief Guest Miss. Prathibha Devi, Headmistress Sr. Mini, one of the representatives of the teacher Mrs. Nishiparna and Student representative Om Dikit inspired us through their valuable words. A student from class 5 recited a Poem in Hindi. Mr. Jitu our Hindi teacher, who took initiative to organize the programme, thanked everyone and we concluded the programme.